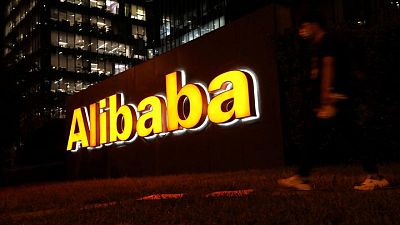 <div> <p><span class="caps">SHANGHAI</span> – An investment arm of Chinese e-commerce giant Alibaba Group Holding Ltd, targeted in a regulatory crackdown, will divest its entire stake of 5.01% in broadcaster Mango Excellent Media Co Ltd, the media firm said.</p> <p>The sale comes less than a year after the investment in December last year, as Chinese authorities mount an anti-trust crackdown on large tech companies.</p> <p>One major target has been Alibaba, which faced a fine of $2.75 billion over anti-competitive practices.</p> <p>In Thursday’s filing to the stock exchange, the media company said Alibaba’s investment arm would seek a waiver from a one-year lockup to which it committed at the time of its investment.</p> <p>Since then, shares of Mango Excellent Media have fallen roughly 40%. The firm, based in China’s western province of Hunan, produces Internet and television content besides running a shopping division.</p> <p>Alibaba did not respond to a request for comment.</p> <p>Alibaba’s stock price has fallen by nearly half since last October, when authorities abruptly halted plans for its financial affiliate, Ant Group, to go public.</p> <p>Mango Excellent Media is one of several media-related investments funded by Alibaba, which is a major shareholder in Weibo Corp, China’s social media equivalent of Twitter.</p> <p>It also wholly owns the South China Morning Post, Hong Kong’s top English-language newspaper.</p> <p>In July Reuters reported that Weibo was in talks to go private with the help of a Shanghai-based state-owned company, in an effort to help Alibaba divest. After the report, the firm’s chairman, Charles Chao, said he had no such discussions.</p> <p>In addition to Weibo, Alibaba owns stakes in some small Chinese online media and has its own filmaking division, Alibaba Pictures.</p> <p/> </div>