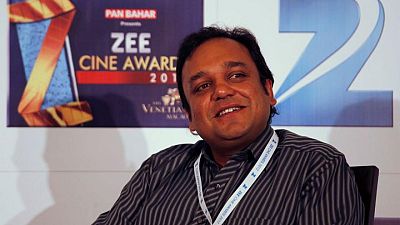 <div> <p>By Shilpa Jamkhandikar and Sankalp Phartiyal</p> <p><span class="caps">MUMBAI</span> – A merger of India’s Zee and a domestic unit of Japan’s Sony Group Corp will create a television powerhouse to grab more advertising revenue, challenging top rival Walt Disney Co in a key growth market, industry officials said.</p> <p>The Sony-Zee alliance, with about 75 news, entertainment, sports and movie channels in more than 10 languages, stands to become India’s biggest player, with a market share of 27% outstripping that of Disney’s Star India, at 24%. </p> <p>“This will give them significant distribution muscle and an ad wallet,” Uday Sodhi, a former Sony Digital head in India, told Reuters. “They will become a formidable force.”</p> <p>Wednesday’s plan, to be finalised over 90 days of exclusive talks, will see Sony pump growth capital to the tune of $1.6 billion into its domestic unit to boost the prospects of the combined firm, while taking a majority stake in Zee. </p> <p>The Sony funds will enhance the combined company’s digital platforms and its ability to bid for broadcasting rights in the fast-growing sports landscape, the two firms have said.</p> <p>“For the first time there’s a viable challenge to Disney (in India),” said one former Disney executive, who sought anonymity because he was not authorised to speak to media about the company. </p> <p>Disney, whose Star India network has dozens of popular entertainment and sports channels, did not respond to a request for comment from Reuters.</p> <p>Both firms have operated for years in India, where accountants <span class="caps">KPMG</span> estimated the television entertainment industry to be worth $10.5 billion in 2020.</p> <p>The proposed deal aims to unite their networks, digital assets, production operations and program libraries, the firms have said. </p> <p>India, with a population of 1.4 billion, promises eyeballs on a scale few nations can offer: 900 million television viewers, most of whom are crazy about cricket and sport, as well as melodramatic romance dramas.</p> <p>Sport is a critical battleground, the executives said.</p> <p>The merged combination will have better prospects to lure strategic investors or raise funds to bid for the rights to major events, such as the Indian Premier League (<span class="caps">IPL</span>) cricket tournament, said the former Disney executive and three others.</p> <p>Disney’s Star won the rights for India’s international and domestic cricket matches for 2018 to 2023 for $946.75 million, and paid $2.22 billion to bag the worldwide <span class="caps">IPL</span> rights for five years until 2022.</p> <p>Some of those rights come up for bidding next year.</p> <p>Both Sony and Zee also have online digital streaming platforms that will take on the Disney+ Hotstar service, further ratcheting up competition in a market where Netflix and Amazon also operate.</p> <p/> </div>