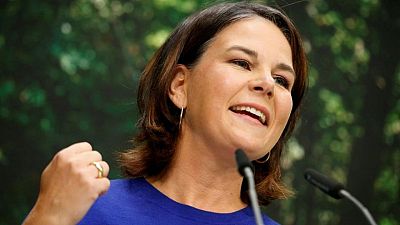 <div> <p>By Christoph Steitz and Daniela Pegna</p> <p><span class="caps">FRANKFURT</span> – Germany’s upcoming national election is likely to show the most fragmented outcome in decades and markets could struggle to work out the implications for stocks, with one exception: if you score low on green technology you face trouble.</p> <p>Analysts say the pro-environment Greens have a good chance of being part of any future government following the Sept. 26 vote, raising the chance of more ambitious targets for solar and wind power and increased pressure to cut emissions.</p> <p>Already investors are focused on environment, social and governance (<span class="caps">ESG</span>) issues in picking stocks, including in Germany, which has outlined plans to exit coal and nuclear.</p> <p>“The upcoming German elections will have significant implications for <span class="caps">ESG</span>-related policies, affecting corporates and investors,” JP Morgan analysts said, singling out stocks with high CO2 emissions as potentially exposed.</p> <p>This includes steelmakers Thyssenkrupp and Salzgitter, Germany’s two biggest steelmakers, as well as chemicals giant <span class="caps">BASF</span> and potash and salt miner K+S, the brokerage said.</p> <p>DZ Bank analyst Christian Kahler also saw polluters, such as HeidelbergCement, the world’s second-largest cement maker, and carrier Lufthansa, as challenged if emissions targets are tightened further.</p> <p>In addition, there are concerns over what a stricter approach to emissions could mean for Germany’s mainstay car sector, which includes Daimler, <span class="caps">BMW</span> and Volkswagen.</p> <p>“Traders may be especially worried about the outlook for Volkswagen, which has a checkered environmental track record dating back to the emissions scandal in 2015,” Matt Weller, global head of research at <span class="caps">FOREX</span>.com and City Index said.</p> <p>For investors in German energy stocks, which include wind turbine maker Nordex and project developer Encavis, the message is different given Germany’s shift from fossil fuels to increased use of renewables.</p> <p>This also holds true for <span class="caps">RWE</span> – one of Europe’s largest renewables players – and energy networks operator E.ON, Credit Suisse analyst Wanda Serwinowska said.</p> <p>Describing the election as “a major catalyst for Germany’s utilities, given the expected focus on energy transition”, she said <span class="caps">RWE</span> could outperform E.ON for the rest of the year. E.ON shares are up a fifth year-to-date, while <span class="caps">RWE</span> is down 8%.</p> <p>Meantime, residential stocks are a sector that could come under pressure if a more left-leaning government runs the country.</p> <p>Although it should be clear within hours of the polls closing on Sept. 26 how the various parties have fared, it could take months of coalition talks to work out who the next chancellor will be and the make-up of the government as polls suggest no one party will come close to a majority.</p> <p>Were the Social Democrats to enter a coalition with the Greens and the Left Party, there is a risk that rent controls would be tightened noticeably, Bernstein analysts wrote.</p> <p>Rents are hotly debated in Germany, where housing prices have soared in recent years, and fears of further increases also played a big role when Vonovia and Deutsche Wohnen unveiled plans to merge in May.</p> <p>“But even such a leftist alliance would probably not go as far as introducing a Berlin-style rent freeze for major cities on the national level,” they said.</p> <p/> </div>