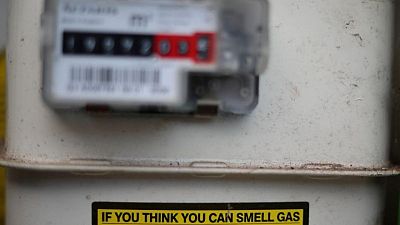 <div> <p>By Alexander Cornwell, Marwa Rashad and Nina Chestney</p> <p><span class="caps">DUBAI</span>/LONDON – Energy executives gathered in Dubai on Tuesday for the first time since the <span class="caps">COVID</span>-19 pandemic started, but despite being upbeat on economic recovery, they were concerned about another headwind: a global gas price spike.</p> <p>Natural gas prices have soared by around 280% in Europe this year and by more than 100% in the United States, pushing up winter fuel bills, and exacerbating a near-term spike in inflation in another blow to a world economy as it recovers from the coronavirus crisis.</p> <p>Low storage inventories, high demand for gas in Asia, less Russian and liquefied natural gas (<span class="caps">LNG</span>) supply to Europe than usual, high carbon prices and outages have led to the spike and analysts expect prices to remain elevated until 2022 or even 2023.</p> <p>At the Gastech industry conference, energy executives were concerned about the “sweet spot” of prices acceptable for customers and still high enough to incentivise investments, while others warned of shortfalls in the event of a severe upcoming winter.</p> <p>The chief executive of Malaysia’s state energy firm Petronas said that a gas price of $7-$8/mmBtu could be a “sweet spot” for customers and allow infrastructure investments to continue.</p> <p>“Natural gas needs to be embraced as a transition fuel. A decarbonised future does not mean a hydrocarbon-free future,” Tengku Muhammad Taufik said.</p> <p>Meanwhile, <span class="caps">OPEC</span> Secretary General Mohammed Barkindo blamed high prices on the shift to renewable energy sources.</p> <p>The average <span class="caps">LNG</span> price for November delivery into Northeast Asia was estimated at about $24-$25 per metric million British thermal units (mmBtu) last week, while benchmark European natural gas prices have surged to around $25/mmBtu from around $6-7/mmBtu at the start of the year.</p> <p><span class="caps">BURDEN</span> <span class="caps">BUT</span> ‘<span class="caps">NOT</span> A <span class="caps">CRISIS</span>’</p> <p>Qatar’s energy minister said he believes high gas prices reflect a lack of investment, as well as a shortage of supply, but stopped short of calling the situation a crisis. </p> <p>“I don’t think it is a crisis (yet). Unfortunately, in my view, this (price spike) is due to the market not investing enough in the industry,” said Saad al-Kaabi, Qatar’s energy minister and the <span class="caps">CEO</span> of state-owned Qatar Petroleum, the world’s top liquefied natural gas (<span class="caps">LNG</span>) supplier.</p> <p>“We don’t want these high prices: we don’t think it is good for consumers. We don’t want $2 and we don’t want $20, we want to have a reasonable price that is sustainable.”</p> <p>United Arab Emirates energy minister, Suhail al-Mazrouei, said current prices could be a burden on many countries.</p> <p>He too blamed the spike on a slowed pace of investments in gas, adding that gas prices were not sustainable at a level of $2 or $3 either.</p> <p>“New investments need to be there, we are talking about investments to the north of a trillion dollars to satisfy (demand) requirements for the years to come,” Mazrouei said.</p> <p>“I am afraid it is not going to be magical…we will go through ups and downs until the market realises the right price,” he added.</p> <p>Some countries have agreed to reduce emissions to net zero by 2050 or earlier, meaning a shift away from fossil fuels, but many energy officials said consumers will pay the price.</p> <p>The Qatari energy minister said the “euphoria around energy transition” was pressuring companies not to invest in gas or oil projects, while his Emirate counterpart called for honest, practical plans.</p> <p>“There is a drive for being emotional about net-zero carbon emissions, but I think we need to be honest with the consumers and tell them what is going to be the cost associated with net zero,” <span class="caps">UAE</span>’s Mazrouie said. </p> <p>Analysts at WoodMackenzie said separately on Tuesday that the economics of existing gas operators are difficult and new-buld can present a substantial and unattractive risk, particularly in climate-wary Europe.</p> <p>For French energy group Engie, the price spike was “not good news” and the company’s deputy chief executive, Didier Holleaux, said he was worried that current gas prices may continue for foreseeable future with gas storage levels not as high as usual for this time of year.</p> <p>“Hopefully the start of the winter will not be so cold in the north hemisphere. If not, we are in trouble. Forecasts for temperatures in three months’ time are just the worst.”</p> <p/> <p>(This story removes reference to event being held in hotel in lede)</p> <p/> </div>