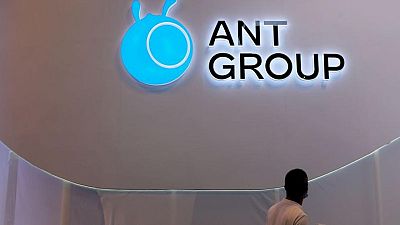 <div> <p><span class="caps">SHANGHAI</span> – China’s Ant Group has begun to send its consumer credit data to a database run by China’s central bank, a key move for both the company and regulators as Beijing tightens its grip over the financial technology sector. </p> <p>Ant’s virtual credit card service Huabei said in a post on its official Twitter-like Weibo account on Wednesday that it was being integrated into China’s central bank credit reporting system. </p> <p>Ant, the financial affiliate of e-commerce giant Alibaba Group, saw its $37 billion <span class="caps">IPO</span> derailed by regulators last year and has since been undergoing a Beijing-led restructuring to turn itself into a financial holding firm and curtail some of its freewheeling businesses.</p> <p>China’s large internet platforms have for years tended to resist sharing their data, a crucial asset that helps them run operations, manage risk and attract new customers.</p> <p>Huabei said in its statement that after obtaining users’ prior authorization, it will report information such as the date their account was set up, credit lines and usage to the system. Users’ personal consumption details will not be shared, it added. </p> <p>Huabei and another Ant credit subsidiary, short-term consumer loan provider Jiebei, were used by around 500 million people in the 12 months to June 30, 2020, Ant said in its <span class="caps">IPO</span> prospectus.</p> <p/> </div>