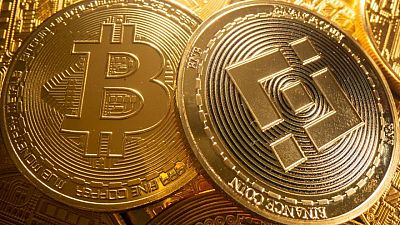 <div> <p>By Huw Jones</p> <p><span class="caps">LONDON</span> – Proposed capital rules for banks holding cryptoassets on their books could block lenders from competing in the fast-growing sector, a group of industry lobbying groups said, though they urged watchdogs to act quickly to finalise the regulations.</p> <p>The Basel Committee on Banking Supervision, comprising regulators from the world’s main financial centres, proposed in June a graduated approach to capital requirements for cryptoassets held by banks.</p> <p>For the riskiest assets like bitcoin, banks would have to hold capital at least equal in value to their exposures to the asset to absorb a full write-off.</p> <p>The industry bodies said in a letter to the Basel Committee sent on Monday there is a need for regulatory certainty in the “near to medium term” given the pace of evolution and client demand for cryptoassets. </p> <p>The public and regulators would benefit from bank involvement in cryptoassets because lenders had long experience in identifying, monitoring and managing risks, they argued. Basel’s proposals make bank involvement in the cryptoasset market prohibitively costly, they added.</p> <p>“In contrast to these benefits, the prudential framework envisaged by the consultation would create material impediments to regulated bank participation in cryptoasset markets,” the 64-page letter said.</p> <p>More banking involvement would help make the underlying blockchain technology more widely available and bring “tangible benefits for the real economy”, it added.</p> <p>The nine bodies include derivatives associations <span class="caps">ISDA</span> and <span class="caps">FIA</span>, the Institute of International Finance, European markets body <span class="caps">AFME</span> and the Chamber of Digital Commerce.</p> <p>The diverse range of activities in the riskiest group of cryptoassets cannot be adequately addressed by applying a single, undifferentiated risk-weighting of 1,250% which gives limited recognition of any hedging, the letter said.</p> <p>“This approach is especially concerning given the rapid growth of cryptoasset related market activity with participants that fall outside the perimeter of prudential and market regulations,” the letter said.</p> <p>Banks have taken differing attitudes on whether to become involved in what regulators have called purely speculative assets like bitcoin. Cryptoasset activity is focused on relatively unregulated or unregulated operators, which regulators have struggled to get to grips with. </p> <p/> </div>