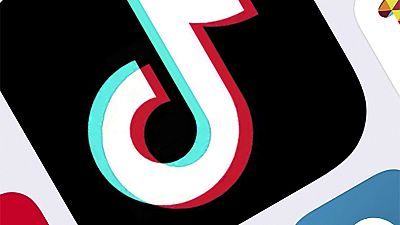 Children in China will only be able to access the country's version of TikTok, known as Douyin, for 40 minutes a day, the app's owner ByteDance has announced.

ByteDance, which also owns short video social platform TikTok, said on Saturday that users in China aged under 14 would only be able to access the Douyin app in a "youth mode" that would filter out "inappropriate" content.

Youth mode would also activate a daily 40 minute time limit, the company said, adding that children would only be able to access the app between 6 am and 10 pm.

China has cracked down on the country's tech sector in recent months, with strict new laws on data handling applied to private companies and regulatory action taken against tech firms accused of anti-competitive business practices.

Authorities have also called for children to be better protected from online dangers including "blind" and "chaotic" worship of internet celebrities.

In August, the Chinese government announced strict limits on online gaming for under-18s, after a state-run newspaper branded video games "spiritual opium" and claimed they threatened to "destroy a generation".

Figures published by the We Are Social digital agency suggest that over 930 million of China's 1.44 billion people used social media in 2021.

The agency found that Chinese people spent an average of 5 hours and 22 minutes online every day, with just over two hours of that spent on social media.

Douyin was the fourth-most used social media platform in China in 2020, the agency found, with roughly 40 per cent of internet users aged 16 to 64 browsing the short video app.

Popular Chinese messaging app WeChat, owned by tech giant Tencent, also has a youth mode that limits young users' access to games, as well as disabling the app's payments function and the ability to find and broadcast a user's physical location.

China isn't the only country calling for social media platforms to do more to protect young people.

The first inquiry will focus on the processing of personal data relating to TikTok's settings for under-18s and age verification for under-13s.

The second focuses on whether or not Beijing-based ByteDance complies with GDPR rules when TikTok users' data is transferred to China.

Earlier this month, Facebook-owned Instagram said it would start verifying the ages of its users in an effort to limit interactions between children and adult strangers on the app, after UK legislators introduced new rules that oblige social media companies to take underage users' "best interests" into account or face heavy fines.