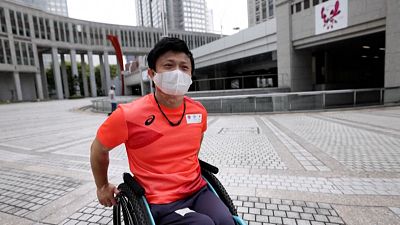 Following the success of the Tokyo 2020 Olympic Games, the Paralympics kicked off this week - and have put Japan’s accessibility and inclusion issues under the microscope.

Activists from the country are glad the Games have brought disability issues to the fore but are also quick to point out that there is a long way to go in changing attitudes towards people with disabilities.

"When I am in Canada, there is no moment in my daily life when I am aware that I have a disability, but as soon as I arrive at the airport in Japan, it is like being reminded of it,” Mikki Matheson, the deputy chief of Japan's Paralympic delegation, said.

“The success of the Games, in my opinion, will only be achieved if there are noticeable effects on the daily lives of people with disabilities, if they can say that thanks to the Games it is easier to move around outside or that mentalities have changed," she added.

In recent years, Japan has made progress in the development of barrier-free infrastructure which allows people with disabilities to move around safely and freely in the built environment.

Particular efforts have been made in Tokyo's mammoth train system. Elevators are operational in about 96 per cent of stations as of 2019, according to the city government.

In the same year, 82 per cent of Tokyo subway stations had been fitted with platform gates to keep visually impaired passengers and others safe, compared to 56 per cent in 2013.

Under government rules, people with disabilities must make up at least 2.3 percent of staff at all companies or face fines for non-compliance.

However, in 2018, the government itself was forced to offer a mea culpa for padding the number of disabled people they hired in order to meet their own quotas.