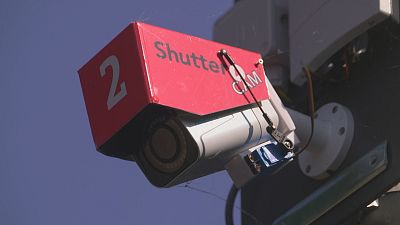 Business Planet heads to Amsterdam to see why the city is embracing Artificial Intelligence and other connected technologies to make things run better and more livable.

Sometimes popularity can present problems. Before the pandemic, Amsterdam used to get packed with tourists. In 2019, around 20 million people visited the Dutch capital.

While numbers have dropped significantly since then due to the travel restrictions related to the pandemic, concerns about social distancing and a desire to better manage hotspots for the future have led the city to start trialing crowd monitoring technology.

Thomas Van Arman, Founder & Director of TAPP, an Amsterdam-based company committed to smart city design, was brought in to develop the tech for the project known as Public Eye.

“I’ve been involved in several projects for the city in the last ten years...and in this case, we were supposed to tackle busyness. It’s getting really popular and really crowded here in the city of Amsterdam," Arman explains.

Cameras and an AI algorithm capture the size, density and direction of crowds. The encrypted data, which cannot be reverse engineered, then appears as a heat map. Two locations - the Johan Cruyff Arena and a popular outdoor bathing area near the city centre called the Marineterrein - are piloting the tech.

In the Marineterrein, swimmers who do not wish to be filmed can press a button to activate a shutter that closes the camera for 15 minutes. A smart phone app, as well as screens located on site, have also been developed to inform visitors about how busy the areas are. City officials insist it’s a smart solution that protects both people’s privacy and safety.

The system is just one of many smart solutions being developed or used in the Dutch capital. It’s why Amsterdam has been made a mentor city in the EU’s Intelligent Cities Challenge.

The COSME-funded initiative aims to accelerate Europe’s green and digital transformation by improving collaboration, idea sharing and best practice amongst European cities with regard to urban design.

"The intelligent cities challenge is all about using new technologies to help 136 cities become more functional, attractive and competitive. It's ultimately about learning from each other, sharing solutions and preventing that we keep reinventing the wheel to implement solutions that are already existing," explains Cornelia Dinca, from Amsterdam Smart City.

“Amsterdam is a historic city but there is technology everywhere. For example, we are experimenting with autonomous boats, with drones, and ultimately what’s important to us is that we use technology in an ethically responsible way that actually protects people’s privacy and autonomy,” she adds.

Climate change, and more recently the pandemic, are forcing us to reimagine our relationship with cities. With two-thirds of the global population expected to live in urban areas by 2050, developers expect demand for such smart solutions to grow considerably.

Van Arman insists that there are lots of opportunities.