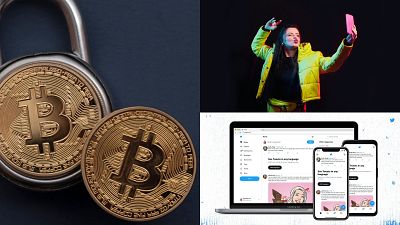 Hackers behind one of the biggest-ever digital coin heists have now returned nearly all of the $610 million-plus (€518.1 million) they stole, Poly Network, the cryptocurrency platform targeted earlier this week in the attack, said on Thursday.

The platform, which was little known before Tuesday's heist, called the hacker a "white hat" on Twitter, a term associated with ethical hackers who generally aim to expose cyber vulnerabilities rather than take the money for personal gain.

Poly Network, which facilitates peer-to-peer crypto transactions, added that the tokens were transferred to a multi-signature wallet controlled by both the platform and the hacker.

The only remaining tokens yet to be returned are the $33 million (€28 million) in Tether stablecoins frozen earlier in the week by cryptocurrency firm Tether Limited, Poly Network said.

"The repayment process has not yet been completed. To ensure the safe recovery of user assets, we hope to maintain communication with Mr. White Hat and convey accurate information to the public," Poly Network said on Twitter.

A person claiming to have perpetrated the hack said Poly Network offered him a $500,000 (€424,700) bounty to return the stolen assets and promised that he would not be accountable for the incident, according to messages shared on Twitter by Tom Robinson, chief scientist and co-founder of Elliptic, a crypto tracking firm.

Stricter rules for children on TikTok

TikTok has announced new restrictions on teenage users to better protect them from the dangers associated with social media, such as harassment or lack of sleep.

"We believe it is important to be even more proactive in ensuring the safety of teenagers," the company said.

TikTok has built its popularity based on short-form video content with its major audience being young people in their teens and early twenties.

Despite strict rules against all content that sexualises or exploits children, the platform is regularly criticised for not protecting young people from online predators.

Under the new changes, direct messaging will be disabled by default for 16-17-year-olds. They won’t, however, be banned from using the feature but they will have to explicitly give permission to have access to it.

Teenagers in general will be encouraged to be more careful about who can see the videos they upload and under-16s will be made to choose who can view their videos - followers, friends or no one.

TikTok will also limit push notifications. 13-15-year-olds will not receive the notifications after 9 pm and 16-17-year-olds after 10 pm. It says this feature aims to encourage more restful nights for teens.

Twitter introduced a revamped version of its website and app this week. The company says it will make it more accessible, less cluttered and easier to use.

Among the changes is the introduction of Twitter’s new original font called Chirp. It also updated its colours to be "high contrast and a lot less blue — a change made to draw attention to the photos and videos you create and share".

There are fewer grey backgrounds and divider lines. It also increased space to make text easier to read.

The changes are expected to set the company up for the list of new features they intend to roll out.

Super Follow is expected to be introduced soon. It is a subscription service with a similar idea to Patreon, where followers will pay a creator a monthly fee and get access to extra content. It’s also testing out e-commerce features in the US and there has been more of an emphasis on audio through Twitter Spaces.