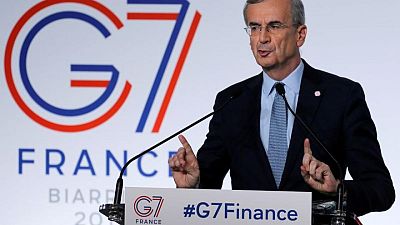 PARIS (Reuters) – The French economy should grow by at least 5.5% in 2021, said Francois Villeroy de Galhau, governor of the Bank of France and a policymaker at the European Central Bank.

Villeroy also told a webcast of the ‘Cercle des Economistes’ on Tuesday that he felt the French economy was performing better than its peers in Europe. He added that the Bank of France would give updated forecasts for the French economy in June.