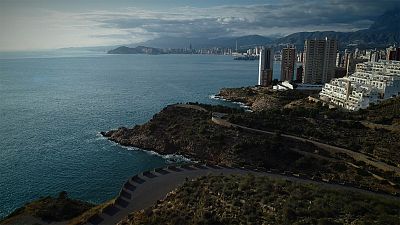 Tourism success cannot be measured by visitor numbers alone. Offering quality tourism while reducing its environmental impact is seen as the future of the sector.

And the Spanish resort of Benidorm is embracing it, becoming the first Smart Tourism Destination.

Known for its spectacular beaches, iconic skyline and lively summer life, Benidorm is on a mission to improve its sustainability and inclusion.

Transport is key for a city that grows from 180,000 inhabitants to almost half a million in the summer.

Travelling in an electric vehicle is already an option. Benidorm has about 10 recharging points for 'filling up' with clean energy.

Today you can also go from one end to the other on two wheels thanks to 80 kilometres of bicycle lanes. The infrastructure and electric bicycles allow visitors to discover a new Benidorm.

Sergio Ruiz, owner of Tao bike, told Focus: “When they see how easy and fast it is to move around the city and to be able to park the bike anywhere, they rent the bike for the whole stay. They don't stay at the beach where the hotel is, but they move along the coast. The idea is to have a good time with zero impact and the minimum possible footprint.”

Hotels don’t want to be left behind in this ‘‘green revolution’’. A quarter of hotels aready use renewable energy. Such infrastructure, although expensive, helps cut costs as well as reduce the ecological footprint.

Mayte García Corcoles, of Valencia’s Hotel Business Association, says: “In the past four years hotel establishments have invested 300 million euros. This has allowed investment in renewable energy systems, more efficient machinery and better use of resources.”

The resort is also becoming a leader in its approach to disabled people, improving access for wheelchairs and developing facilities for the visually impaired.

Quico Saval has worked closely with the authorities to create braille maps of the city.

Thanks to new technology, Quico can also access the history of monuments and tourist spots in six languages simply by scanning a QR code.

“It’s everyone’s right to be able to enjoy a place, an attraction or content,” he says. “The difficulty in going to a monument is that, since we can't touch it with our hands, you can't get any idea of what it is like. In this lower part (the old town) we have exceptional tourist resources, drawn in relief so that we can get an idea of it.”