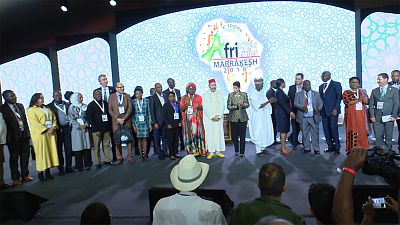 African cities are increasingly suffocating. Today, they are home to nearly 500 million inhabitants, a figure that, according to experts, will reach one billion by 2040.

It’s an alarming forecast that imposes new city policies on the continent. Urbanization, management of migration flows, issues of global warming, are amongst many of the challenges afflicting African elected officials who have gathered here in Marrakech, Morocco, to discuss these challenges as part of the 8th Africities Summit.

The event witnessed the participation of over 7,000 people - a figure reflecting the extent of seriousness of these challenges, one of which Dakar, the capital of Senegal is recently battling with.

"Dakar is under attack, sea levels have risen, which means that we have floods every winter season. We have coastal erosion and all these challenges mean that we have to meet in summits such as Africities Summit, to learn from each other, but also to make contributions in these debates that will lead to positive changes in our various countries", said Soham Wardini, Mayor of Dakar.

This change requires new energy, urban planning and migration policies. On migration, experts stress the importance of integration and inclusion.

Giulia Lavigna, Associate Human Settlements Officer at UN-Habitat (United Nations Settlements Programme) said, “It goes through a change in the narrative, it goes through new contacts and new space that will facilitate integration and social inclusion.”

For a transition to sustainable cities and territories, African local leaders are banking on a continent-wide dynamic that mainly involves strong South to South cooperation.

Salaheddine Mezouar, Former Cop 22 President said, "South-South cooperation and South-South partnership is the way forward. I think that today, at the level of the African continent, there is a collective awareness as seen through the reform of the African Union and the need for financial independence"

Financial independence is one of the major challenges identified at this Marrakech meeting. Thus, the creation of a Task Force that brings together financial institutions like the African Development Bank (ADB), the African Fund for Urban Development (FODEVA) among others.

Jean-Pierre Elong Mbassi, Secretary General UCLG Africa said, "It consists of capitalization of €20 million and this will raise between €500 million and €1 billion on the financial market. All the mechanisms are being put in place and it's expected that the first operations will take place around 2021"

The challenge for a sustainable Africa has therefore been launched by local authorities on the continent who will meet in Kisumu, Kenya in 2021.