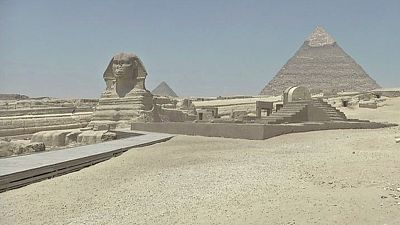 Egypt’s economy has started to improve but has yet to recover from the country’s 2011 uprising and the years of unrest that followed – according to the Ratings Agency Moody’s.

One of the top reforms on the agenda concerns small and medium enterprises (SMEs).

A new law is expected to come into effect before the end of this year. Under it SMEs will be taxed under a simplified system. It’s aimed at encouraging those firms to operate in the formal economy.

Tareq Qabil, the Egyptian Minister of Trade and Industry, said: “We are now working on a law for small and medium enterprises. And it is a very important law: Firstly it will include small business into a regulated sector that has not existed before. Secondly, this law will include a package that we hope will motivate them to move from the non-official to official sector.”

The government’s reform agenda has also been crucial to the International Monetary Fund’s loan program of $12 billion over three years.

“The SMEs are considered the most important sector we work on, says Dalia Salem, Head of European cooperation sector, Ministry of International Cooperation. We have many young people in Egypt, and through economic development we have to provide job opportunities for them through small and medium enterprises.”

Foreign borrowing and direct investment, assured by the IMF backing, has helped drive Egypt’s economy up 4.9 per cent year-on-year in the fourth quarter of its 2016-17 fiscal year.

Tourism sector – once crucial to the country’s economy – hasn’t recovered yet to its pre-crisis levels of 14.7 million in 2010.

Egypt hopes to lure holiday makers back with the cheaper Egyptian pound.