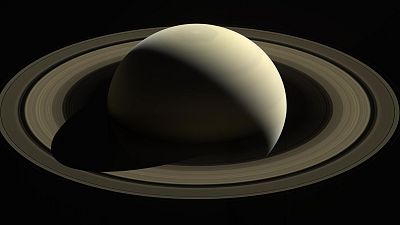 <p>The international Cassini mission comes to an end on Friday 15th September, when the spacecraft will plunge into the atmosphere of Saturn and be destroyed. Here’s our guide to what will happen, and why it’s such an important spacecraft.</p> <p>• The Cassini spacecraft will be destroyed soon after contact with the upper clouds of Saturn’s atmosphere on Friday 15th September. </p> <p>• The timing is superb in Europe, as Cassini’s end of mission live event will stretch from around 11AM to 12.30PM Central European Summer Time. There’s a final press conference at 15.30 <span class="caps">CEST</span>. </p> <p>• Don’t expect extraordinary closeup photos of Saturn. No images will be taken during the final plunge, as the data transmission rate required to take pictures is too high. The final images will be taken on Thursday 14th September, and will include Titan, Enceladus, and a colour montage of Saturn. Just in time for Friday’s papers! </p> <p>• The decision was taken to deliberately destroy the spacecraft because scientists didn’t want it to crash into one of Saturn’s potentially life-bearing moons and contaminate it with debris. </p> <p>• Data will be sent back directly from Cassini to Earth during the final dive, rather than being saved in its computer memory and then transmitted. The spacecraft will be studying Saturn’s magnetic field, which continues to puzzle scientists.</p> <p>• Cassini has been at Saturn for 13 years, and since April this year has been in a phase called The Grand Finale, in which it has flown 22 loops around Titan and between Saturn and its rings, giving an unprecedented view of this fascinating planet’s most famous feature. One of the big surprises early in this phase was how empty the space between the rings and the planet is.</p> <p>• Enceladus has been one of the big discoveries of the mission. This tiny moon throws out jets of water vapor and ice from an ocean beneath the surface, and is now considered, alongside Jupiter’s moon Europa, as a strong candidate for scientists searching for life in our solar system.</p> <p>• The mission has already made the record books with <span class="caps">ESA</span>’s Huygens probe, a small spacecraft that left the Cassini mothership and landed on Saturn’s moon Titan in January 2005, marking the furthest-ever landing by a man-made space probe. It discovered a dingy world of hydrocarbon lakes, rivers and rain, that’s rather like the early Earth. </p> <p>• Cassini is a joint mission between <span class="caps">NASA</span>, <span class="caps">ESA</span> and <span class="caps">ASI</span>, the Italian space agency. </p> <p>• Cassini-Huygens is named after two stars of early European astronomy. Italian astronomer Giovanni Cassini, born in 1625, who made some of the first estimates of the dimensions of the solar system and discovered four of Saturn’s moons, and Dutch astronomer Christiaan Huygens, who discovered Titan in 1655</p> <h3>Cassini scientist Michele Dougherty from Imperial College London talks Saturn, Enceladus and Titan</h3> <p><iframe width="675" height="315" src="https://www.youtube.com/embed/mZzqdLH5phE" frameborder="0" allowfullscreen></iframe></p> <p><h3>Enceladus explained by Sheila Kanani</h3><br /> <iframe width="675" height="315" src="https://www.youtube.com/embed/Mx1Fohukou8" frameborder="0" allowfullscreen></iframe></p> <p>Find out more on the <a href="https://saturn.jpl.nasa.gov/resources/?topic=178"><span class="caps">NASA</span></a> and <a href="http://sci.esa.int/cassini-huygens/">European Space Agency’s</a> websites</p>