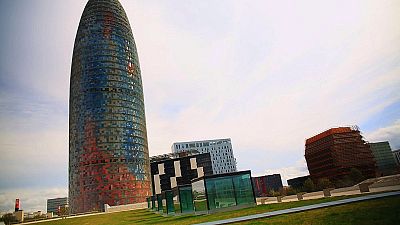 <p>In this edition of Target we are in Barcelona, last year’s European Innovation Capital and home to the world’s top mobile technology fair.</p> <p>The city wants to be a leader when it comes to modern urban solutions.</p> <p>Euronews’ Seamus Kearney reported: “Just as many of us can no longer imagine life without a smart phone, authorities in Barcelona are busy imagining something else: how to develop the concept of a smart city.”</p> <p>Barcelona says the priority is to put people at the heart of plans to improve how the city functions.</p> <p>Antoni Vives, a Deputy Mayor of Barcelona, told Target: “We believe not enough thought has gone into how available technology can be used to make people’s lives easier and better. </p> <p>“For example, I would say the Internet has changed the way we communicate, but it has not changed our way of living. Having such a powerful tool like the Internet, and with its associated technology, we believe it’s possible it can also change the way we live.”</p> <p>The city already has some 200 smart city projects, coming up with prototypes and forward-thinking solutions. </p> <p>A new innovation district is also being developed, known as 22@, which brings together technology experts.</p> <p>For example, the company Cisco and the city council have announced plans to turn an historic building into a Global Internet of Everything Innovation Centre.</p> <p>Juan Blanco, the Business Development Director at Cisco Spain, said: “Technology companies like to be in places where there are innovative clients, and Barcelona is such a client. </p> <p>“It has a vision that we share when it comes to using information and communication technology in the management of the city. And the aim of the centre is to develop new solutions, test them in Barcelona and show them to clients around the world.”</p> <p>It is all about designing services for the cities of tomorrow, with the Internet of Everything seen as the next stage in the development of the web. </p> <p>Some examples of new technology projects for cities include smart parking, smart lighting, energy and waste management, as well as new security and safety measures. People can also be more connected in real time to the likes of public transport information networks. </p> <p>Also moving into the innovation district, inside the Barcelona Growth Centre, is Adobe Systems. It is setting up a laboratory to help Barcelona and other cities improve their digital brands.</p> <p>A welcome pack is one of the first projects. </p> <p>Carmen San Emeterio, Adobe Systems’ Digital Marketing Sales Manager for Spain and Portugal, told Target: </p> <p>“The concept behind the welcome pack pilot is that visitors who arrive in the city can be broken down into categories, even without knowing their identities. </p> <p>“This means in real time we can deliver information that’s important to them and also make them feel attached to the city.” </p> <p>In a fast-changing world, cities like Barcelona know they cannot afford to be left behind in the race for economic growth and a better quality of life.</p>