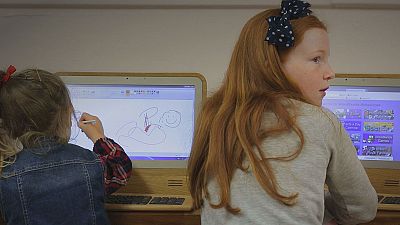 <p>In Dublin, Ireland, like everywhere else in the world, electronics consumption is growing rapidly, as is the associated waste. But one small business, MicroPro, has turned this into a business opportunity. </p> <p>Three years ago, Paul Maher’s company was the very first computer manufacturer to win a European Eco-label. His pcs are 98% recyclable – compared to 38% for conventional equivalents. They use 50% less electricity and the machines don’t contain mercury, lead <span class="caps">PVC</span>s or plastics.</p> <p>Paul Maher and Ann Galligan developed a business model based on after sales service. The aim is to ensure record-breaking longevity for their PCs, said Paul Maher, the Managing Director: “Our computers are upgradeable via a modular design so they are quite easy to repair or update. All are computers are made of wood or reused wood so no two computers will ever look the same.”</p> <p>This is called the circular economy: almost everything is reusable. At the end of their lives, these eco-pcs can be used as cash registers or emergency lighting. </p> <p>Today the company employs 25 people and has an annual turnover of 1.5 million euros in Ireland. It is aiming for turnover of 10 million euros in 5 years and hopes to triple its workforce via partnerships across Europe.</p> <p>Anne Galligan, MicroPro’s Director, said: “Our business model can be replicated all over the world. At the moment we are in talks with various service centers all over Europe so that our Iameco computers can have the same level of service as they have here in Ireland.”</p> <p>It is estimated that designing durable products and and reusing raw materials could save EU businesses 600 billion euros, ie 8% of their annual turnover and Shane Colgan, the Manager at the Resource Efficiency Unit, at the Environmental Protection Agency in Ireland says the approach can work across all types of sectors: “Examples would include car-sharing schemes that we’ve seen across cities in Europe and, for example, a factory in Ireland that converts waste plastics into fleece clothing.”</p> <p>The transition to a circular economy could produce up to 580,000 jobs in Europe. And all this whilst still combating global warming. </p> <p>Shane Colgan said that the circular economy really is a win-win situation: “The European commission have said that in the period up to 2030 we’ll be able to reduce EU carbon emissions by 450 million tonnes per year through the circular economy.”</p> <p>Anne Galligan summed it all up: “Our keys to success are designing and developing environmentally superior products that have many lives and uses, making us unique and giving us the edge over our competitors.”</p>