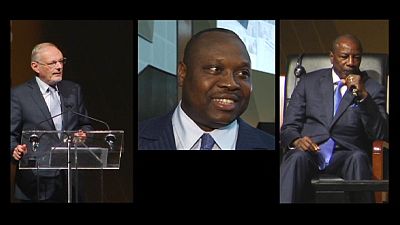 <p>Today in Africa only one person in 10 has access to banking services. This may be because of a lack of revenue, irregular wages or the peculiarities of a cash economy. So, while Africa’s economic development is on course, the next big challenge for the continent is getting people into the banking system. </p> <p>Financial inclusion is seen as a key factor in the economic and social development of individual Africans. While big strides have been taken across the continent, much remains to be done. </p> <p>Our correspondent in Africa, Francois Chignac, put these issues to economic and political leaders taking part in a Forbes Africa Forum in the Republic of The Congo. Here are some of their thoughts: </p> <p><strong>Jean-Michel Severino, <span class="caps">CEO</span>, Investisseurs & Partenaires (I&P), former <span class="caps">CEO</span> of the French Development Agency</strong> “I think we can be very optimistic because we have witnessed in the last decade, even in the last 20 years, not only the emergence of new networks of large transnational banks, but also the new South African players, Morocco, the rise of Nigerian banks. </p> <p>“And, of course, Africa is the land of innovation in ‘mobile banking’. and the alliance of operators and banks will drive a range of services, in payment or even in the credit and savings. I’m not even talking about micro-financing, which didn’t start here, but is growing extremely rapidly across the continent “.</p> <p><strong>Alpha Condé, President of the Republic of Guinea</strong> “To create an economic base, we have to count on small and medium sized businesses. In other words, transform artisans into <span class="caps">SME</span>s. So African banks should be more involved.”</p> <strong>Jean-Jacques Bouya, Minister at the Presidency for Spatial Planning and Delegate-General for Major Public Works in the government of Congo-Brazzaville</strong> “The big struggle is the establishment of infrastructure at the African state level so it has a better, wider impact and works for ordinary Africans. And to create a connection, which is truly lacking at the moment, between banks, micro-credit and people.”