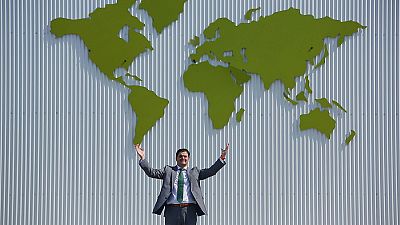 <p>In this edition of Business Planet we’re in the Spanish city of Seville. Getting financial backing for new projects is not always an easy task for most of Europe’s 20 million <span class="caps">SME</span>s, particularly for those seeking substantial capital investment. However, there is a potentially effective solution – list your company on the stock market. </p> <p>Carbures Europe is a Spanish success story. In recent months this company specialising in carbon fibres and composite materials has become a world leader in its field in engineering, manufacturing and production systems. </p> <p>It has just won a prize for ‘most internationally-minded newcomer’ in a competition for small and medium businesses run by the European Commission, leading European stock exchanges and public companies group, EuropeanIsseurs. </p> <p>Since its stock market debut in March last year, the firm has raised 22 million euros and has grown spectacularly. </p> <p>Rafael Contreras <span class="caps">CEO</span> of Carbures Europe said: “Before launching on the market there were 53 of us. Today we’ve a staff of 583. Our turnover was 10 million euros, now it’s 70 million.</p> <p>Going public enabled this enterprise to access funds which it needed to develop extensively a double strategy of internationalisation and diversification. </p> <p>The impact has been dramatic,says Contreras: We have 9 plants around the world; east and west coast in the US, in China and in Europe. Being on the stock market also expanded our technology into different sectors; automotive, aviation, railways and civil engineering.” </p> <p>So, the stock market is potentially a great opportunity for development. But it is important to be aware of the benefits and other considerations. </p> <p>These include handing over some control to shareholders, but there are other financial and human implications involved in going public. A <span class="caps">SME</span> must regularly disclose information about its operational activities, financial situation and business strategy. </p> <p>Juan Juárez, the company’s chief financial officer says: “The advantages are ongoing access to capital, better exploitation of the company’s potential, more liquidity, a higher profile, and more credibility.”</p> <p>If you need major capital investment to develop, and you believe this idea works for your business model, just be aware it requires a lot of preparation. So get expert advice before taking the first step. </p> <p>The keys to success? According to Rafael Contreras they are: “good organisation, perseverance and self confidence.”</p>