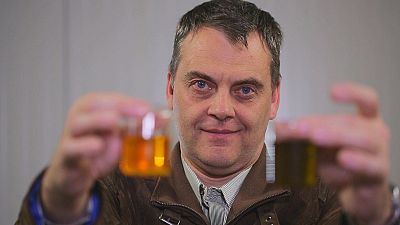 <p>In this edition of Business Planet the focus is on the relatively new concept of <span class="caps">KETS</span>. As the programme’s reporter, Serge Rombi, explains: “In this episode we’re in Ghent, in Belgium, where we’re looking at what’s known as ‘Key Enabling Technologies’ – fields such as nanotechnology and biotechnology. </p> <p>They could help relaunch European industry. In order to succeed innovators have to know how to convert their knowledge and ideas into competitive products on the market. And that’s exactly what one small business here in Ghent is doing.”</p> <p>Eco Treasures is a company specialising in extracting natural products for the production of oils used in cosmetics or in food supplements. </p> <p>A few months ago the owner, Kris Schatteman, faced a serious dilemma, as he explains: “A client asked me to develop a new process of double extraction. To be sure that it would work, and because it required an investment of one million euros, we absolutely had to test this process on a semi-industrial scale.” </p> <p>Kris eventually tested and validated the process in a pilot plant, which had all the necessary infrastructure. In the end, Schatteman said, the operation paid off: “Now we’re on the point of signing a contract worth several hundreds of millions of euros. That would amount to a doubling, or even a tripling of our turnover, and would require the creation of seven new jobs”. </p> <p>Business Planet reporter Serge Rombi says: “Here are two figures to illustrate just what’s at stake: in 2008 the global market for Key Enabling Technologies was worth 646 billion euros. It’s on track to be worth more than one trillion euros by 2015.” </p> <p>It was at the Bio Base Europe Pilot Plant that Kris developed his new extraction process. Since 2010 some 100 European entrepreneurs have gone there to make use of its specialist facilities. </p> <p>The plant’s managing director, Wim Soetaert, outlined the advantages: “For example, there are clients who come to us and say: ‘We have a problem; we need to produce two tonnes of of our product.’ Here, we can do it. But you can’t do that in a simple laboratory.” </p> <p>The initiative is co-financed by European funds, Belgium’s Flanders region and the Netherlands. It is a flexible and versatile platform, which is totally independent of the major industrial groups – a unique concept meeting the real needs of European <span class="caps">SME</span>s (small and medium sized enterprises). </p> <p>“If you’re a small business and you want to develop a process on an industrial scale, or even if you want to construct a pilot plant yourself, that could cost a lot and take a long time. We can help you very quickly, and for a lot less money,” added Soetaert </p> <p>Eco Treasures’ Kris Schatteman believes such facilities play a big role in transforming ideas into successful products: “For me, the keys to success are having a network of specialists and the necessary specialist equipment… always testing on a semi-industrial scale before launching a new project.. and staying level-headed.”</p>