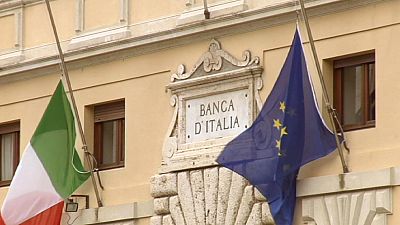 For nine years the single currency created a European money market that worked as one. Interest rates across different types of loans started to converge, whether you were in Paris or Milan.

But, the global economic crisis has caused financial fragmentation. Government debt has become expensive for many countries that are fiscally adjusting, which has in turn created big differences in interest rates between countries.

In this edition of Real Economy, we travel through France & Italy, taking a look at the state of European bank lending and the issues financial fragmentation is causing.

We pick the brains of two of Europe’s most eminent economic minds, to see how they think the issue will be resolved. Then we tell ‘a tale of two financial states’: one where small and medium companies are finding access to funds extremely difficult; and the other where new ways of lending are being fostered in a recessionary environment.