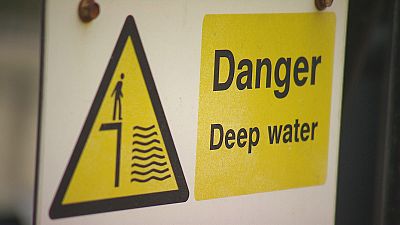 <p>Dams that protect urban areas from flooding sometimes fail, resulting in catastrophic damage. But what can be done to prevent such disasters?</p> <p>Robert Meijer, a Professor of Applied Sensor Networks, at the University of Amsterdam, who is coordinating the Urbanflood project said: “There are 48 sensors constantly telling us how this dam is feeling and how it’s behaving. This technology makes this the smartest dam in the world.” </p> <p>The underground sensors, developed within a European Union research project, transmit measurements to data centres in several countries.</p> <p>Boston, on the east coast of England, is one of the main test sites for the new technology. Its river rises dramatically with the sea tides, putting local citizens at risk.</p> <p>Mark Robinson a Senior Coastal Advisor, at the UK Environment Agency said: “Boston has some good sea defences, but they’re not high enough. So when the surge comes through it means the walls can get over-topped, and potentially could fail. So it’s at significant risk.”</p> <p>Engineers involved in the study have designed several types of sensors, reliable and affordable enough to be put in damp soil embankments.</p> <p>Robert Meijer explained: “A sensor is a measuring device that has electronic components inside a stainless steel container. It has a tiny opening through which water can enter. This device measures the amount of water in the dam and many other parameters such as the underground temperature, and the movement of the sensors inside the dam.”</p> <p>These indications can be followed in real time using any internet-enabled device. A touch screen panel installed in a Boston café allows the public to see how the system works.</p> <p>If the artificial intelligence anticipates a breach, it sends a warning to the responsible services that may otherwise be unaware of the weakening within the flood defences.</p> <p>Mark Robinson said: “Currently we use a visual walkover. It means probably two or three times a year we got people viewing the asset [the dam] from a visual point of view. This technology allows us to actually understand how the bank is performing, so it looks at how it’s moving under pressure, whether we’ve got leakages through the defence, and also we can see if there’s an incident in real time what’s happening.”</p> <p>The software calculates how fast the site will be flooded if the dam fails, and even suggests the best ways to move citizens into safer areas.</p> <p>Alexandra Topple, a Senior Flood Management Engineer, at HR Wallingford, said: “This system will allow to show you the outline of the flood mapping; we can then run a life safety model which will show the evacuation process that people can take – this can be used by emergency planners, for them to be able to test various scenarios of evacuation to find the best evacuation procedure in the event of the failure.”</p> <p>If proved reliable, this system could be deployed in many urban areas in Europe and across the world to protect vulnerable cities from the imminent effects of climate change.</p> <p><a href=http://www.urbanflood.eu>http://www.urbanflood.eu</a></p>