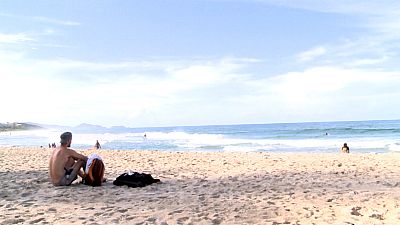 <p>The most common images of tourism are sun, sea and sand, and Margarita Island, in the Venezuelan Caribbean, certainly has all of them. It is also a good place to see where Latin American tourism is going, and how it is adapting to new realities.</p> <p>The island hosted this year’s International Tourism Fair (<span class="caps">FITVEN</span> 2011), with 11 guest countries, including Colombia, Cuba or Dominican Republic.</p> <p>All the countries involved seemed to agree on two aspects: the need for more sustainable tourism, and that tourism should respect and integrate with local communities so they can benefit from this industry.</p> <p>Alejandro Fleming, Venezuela’s Tourism Minister, said:</p> <p>“We need a kind of tourism that does not replace other economic activities. It has to be a compliment to other economic activities. Taking the example of the beach and the fishermen, fishermen must be integrated in the tourism development of their coastal area. For example, in the morning they can fish, and in the afternoon, they could work as guides.”</p> <p>César José de los Santos, the Dominican Republic’s Regional Tourism Minister, shared this view:</p> <p>“This is the future of tourism, and we are working to have a tourism that distributes revenues better.”</p> <p>The aim then is to make sure that everyone can benefit from the tourism sector not just those who are directly working within it. Margarita Island’s other main industry is fishing. So does tourism also have benefits for them? </p> <p>According to Víctor Sucre, a fish salesman, the two industries work well together: “I lived from tourism most of my life. Before, I worked in a restaurant, and now I work as a fish salesman, selling to restaurants. During the high tourist season, everybody sells their goods: the fishermen, the restaurants, the shops. Everybody is happy.”</p> <p>It seems logical to have close relations between tourism and local industries, such as fishing, but there are still more benefits for communities with high levels of tourism.</p> <p>In Venezuela, university students must fulfil some social service obligations to get their degrees, and the University in Margarita – Unimar, takes advantage of this. It created a project in which students teach foreign languages to local people who would normally not have access to such skills.</p> <p>Luisa León is the Unimar Community Services Manager: “We are working to increase the use of English, and also French, but local communities demand mostly English. We are also preparing some manuals with the most common expressions in English, to distribute them to the people working in the street markets, such as sellers of food, religious icons, and traditional craftwork or people working in the gastronomy sector.” </p> <p>At the tourism fair a lot of effort is going into showing how the industry is adapting on a larger scale. </p> <p>Countries use tourism not only as a source of revenue, but also to project a view of their country to the wider world. One example is Colombia. Often described as dangerous because of drugs trafficking and conflict, the country’s tourism bosses are trying to change this image, as their slogan shows: “The only risk is wanting to stay”.</p> <p>Proexport Tourism consultant Humberto Rodríguez is working to change the image of Colombia: “With this slogan we want the world to see us in a different way, we want to change the perception of a dangerous country as we had in the past. And we are seeing positive results: The number of tourists who come to Colombia has greatly increased. In four years, it went from one million (per year) to 2.5 million.” </p> <p>Cuba is also facing important changes, but in its case, the Cubans do not use tourism directly to change their image. They take advantage of being a top tourism destination to attract people, so that they can see what Cuba is like for themselves.</p> <p>Jose A. Perez, President of <span class="caps">ALBA</span> Cultural Fund, explained: “Cuba has its political reality, and it’s not from now, it’s from 50 years ago. Trying to change this image is impossible. But we have 2.5 million tourists who come to Cuba every year, and they see what Cuba is really like.” </p> <p>The story is similar across all of the countries at the fair, where the main conclusions were that tourism needs to adapt to the constant evolution of society and a changing world, while also integrating better with local communities.</p>