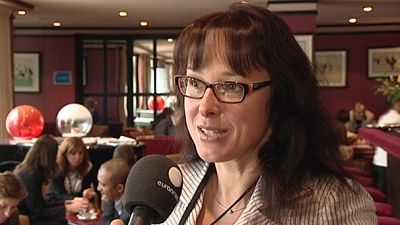 <p>International business leaders and policy makers have been meeting in La Baule, France, to find new ways to boost economic growth and Europe’s attractiveness as a place to do business. </p> <p>This year’s World Investment Conference, entitled ‘Gearing up Europe’s Growth for Global Benefits’, focused on improving Europe’s competitiveness. </p> <p>EU commissioner Michel Barnier said Europe faces many challenges: new global players like China, India, Brazil, as well as climate change, security and growth. </p> <p>Barnier told euronews that Europe must act together: “The question is: Should each country face all these challenges separately? France, Germany, Hungary, Great Britain, Poland, each on their own? Aren’t we all together in this? I think, if we don’t work together to rise to these challenges, to express our interests without any inhibitions – which is what others do – then we’ll definitely become just sub-contractors and we’ll fall under the influence of the economies and policies of China and the US.” </p> <p>There is growth potential in Central and Eastern Europe, according to Enikö Györi, Hungary’s European Affairs Minister. </p> <p>She said the first “pillar” of Europe’s economy should be a tighter fiscal policy and better economic governance: “The other pillar should be growth creation. For that we need to have all the European companies on board. We need innovation, we need better frameworks, and this is our job, government’s job: to create better circumstances for business.” </p> <p>Morocco’s Trade and Industry Minister, Ahmed Reda Chami, said he believes the region can cut costs and be more competitive by countries working together in the production process: “I firmly believe in what I call ‘co-localisation’. For instance with industrial products from France, Spain, Germany. One part could be made in that country and another part could be made cheaper in Morocco. That means a better finished product, better able to see off the competition from Asia.” </p> <p>Putting Europe in a global context – and in a multi-polar world – Marc Lhermitte, an expert on inward investment with Ernst and Young, said there has to be more than just a recovery from the crisis: “Europe is back on track. Of course it competes against other regions in the world that are rapidly growing. In China, in India you have a lot of projects by foreign investors, but Europe captures 25 percent of the world’s foreign investment.”</p> <p>But what is it that attracts that foreign investment to Europe? </p> <p>Well, the region is an economic powerhouse and it remains competitive in a global market. </p> <p>Uli Fricke, Chairwoman of the European Private Equity and Venture Capital Association, thinks the focus should be on the advantages of ‘Old Europe’.</p> <p>She told euronews: “We still have the world’s best technology, strong research and development – we should use and commercialise all that, because it will create jobs, in the future and mainly in industry and Europe is still excellent in that area. We have formidable entrepreneurs and companies that are worth investing in. We have the political will to create the framework for a modern economy, able to face the challenges in a global economy. With regard to climate change we have good technology. And we have a financial system which offers the right financial conditions to companies – small, medium sized and large.”</p> <p>But according to Jean-Bernard Guerrée, the man in charge of the World Investment Conference, there is something else that Europe needs. He said : “Optimism is an attitude – and we need to have the right attitude if we want to compete and be involved in the game. Otherwise we will be spectators of the game.” </p> <p>The conclusion of euronews reporter at La Baule Rudolf Herbert: “Of course the deals needed for Europe’s economic growth are not being done here in La Baule, but there are plenty of new ideas being created here, ready to spread all over Europe.”</p>