European Union citizens have a new fundamental right: the right to be forgotten. In this report, we look at what this means for us.

Mario was annoyed because every time he googled his name, the search results brought up an old story about the forced sale of his property. He asked Google to de-link the archives from his name.

His fight with the internet giant took six years. In 2014 the European Court of Justice published a landmark ruling on the right to be forgotten.

“Google just ignored me,” Gonzalez told Euronews. “As Europeans we couldn’t do anything about it. We had to to open a door for change. When facing a problem with a search engine, as an ordinary European, you had to send a request to the United States. It is difficult to face giants like Google and their powerful lobbying groups. The old situation was not a normal one: big technology companies and search engines behaved like they were in a lawless world, they just did what they wanted to do. There was a real need for a law.”

The European Union’s data protection reform strengthens individual rights, and protects personal information regardless of where it is sent, processed or stored – even outside the EU. When a European citizen no longer wants personal data to be processed, it can be deleted. 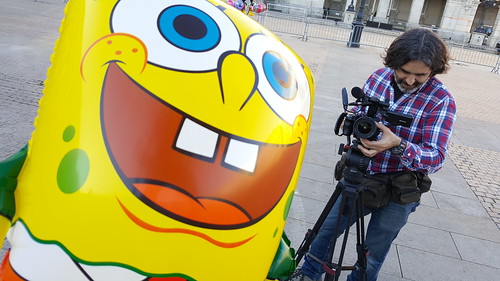 In Madrid we met Mario’s lawyer, Joaquin Munoz Rodriguez, who pointed out some problems: the right to be forgotten applies to ordinary Europeans, such as Mario, but not to public figures. But what exactly is the definition of a “public figure?” And how many years have to pass by before information is considered to be “obsolete?”

The right to be forgotten has been approved by the European Parliament and the Council of Ministers. It will come into force next year.

Euronews asked Rodriguez how the rights of individual European citizens be strengthened after May 2018.

“The new European regulation has widened the concept of the right to be forgotten,” he explained. “It will apply not only to search engines – but also to other internet platforms. All users will be able to ask the internet companies to delete information that is not accurate or that is obsolete or whatsoever. Moreover, those websites have to communicate those changes to the search engines, so that they too can delete or block any remaining links to the deleted content.”

Two out of three Europeans are concerned about not having complete control over their web presence.

While sharing private information with friends may be acceptable, spreading rumours on line is not, especially when it comes to school issues.

Pupils have been known to use photo editing software to create pornographic images of their teachers.

Physical education teacher Marta is concerned about this issue. She spoke with us anonymously. Her personal experience is a little different, but equally worrying.

“The father of one of my pupils found my personal phone number and he started texting me on WhatsApp about my teaching methods and how he didn’t agree with them,” said Marta.

“That quickly spiralled into personal insults. Very ugly insults. Then the threats started. ‘Don’t go out alone.’ ‘Look over your shoulder if you want to avoid something bad happening soon.’

“For me it is extremely important to be in control of my name, my image, my photos, my data, my private live – that’s really fundamental.”

Cyberbullying among young people is growing too, as we found out at the Madrid-based helpline for children.

Cyberbullying has grown in recent years. Psychologists have been overwhelmed by calls for help. It can have serious emotional consequences and often triggers depression, anorexia, self-harm, even suicide.

To limit its damage is of utmost importance to delete harmful pictures and messages quickly and completely.

“If it is about sexual content and images of minors, the deleting procedure is quick and effective,” explained ANAR director Leticia Mata Mayrand. “But when it comes to insulting messages, we have found a kind of passive behavior from system administrators who manage social networks. The main problem with minors is usually they have a very low awareness of risk. So they frequently share their private lives, their intimacy on the social networks.”

This is about protecting the privacy, not about rewriting history or restricting press freedom. Today Mario’s fight is about taking control of private data.

“I fought for six years and I feel very satisfied with the result,” said Gonzalez. “We opened a door for Europe, a way that has to be followed. The story doesn’t end here but needs to be followed up. We need strong legislation so that the European citizens can take control of their personal data. They should decide on their own if they want their personal data in or out of the world-wide-web. It is up to each citizen to decide on this.”

It is possible to clean up your digital existence, at least in the European Union. The right to be forgotten can wash washes away some of your digital footprint.

A quick look at the Right to be Forgotten | A French court case against Google could threaten global speech #rightshttps://t.co/l6PpzBmEuw