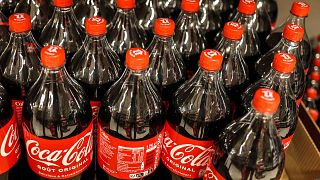 The World Wildlife Fund has just revealed how some of the world’s biggest brands are measuring up on their commitments to tackle plastic waste.

The conservation organisation’s annual report looks at members of its ReSource programme including the likes of McDonald’s, Coca-Cola and Starbucks. It was launched in 2019 with the goal of tapping into the potential of 100 companies to get rid of 50 million tonnes of plastic waste.

So far, problematic plastics have been reduced by 3,100 tonnes and businesses are using 35 per cent more recycled content.

WWF estimates that the eight companies that are part of the programme sent 43 per cent of their plastic to landfill, a further 9 per cent was incinerated and 15 per cent mismanaged.

Erin Simon, vice president and head of plastic waste and business at WWF, says the results show members of ReSource are being transparent in how they are working to address the problem.

“The next, more challenging step is ramping up the pace of progress. There is a path forward. This will be difficult but it's still very possible to meet our goals.”

Despite this progress, however, the report reveals these eight businesses reported 7.2 million tonnes of plastic use in 2021. Coca-Cola and packaging company Amcor were the biggest plastic users making up 78 per cent of this total.

This means that overall the amount of plastics produced by these companies increased by 5.3 per cent last year. WWF says this was in part due to a rebound in sales after the COVID-19 pandemic.

For six of the eight companies, the amount of plastic they produce relative to their sales, known as their ‘plastic intensity’, decreased. Just two, McDonald’s and Starbucks, saw an increase in plastic intensity.

What needs to be done to reduce plastic waste?

The report stresses the importance of systemic change. Better plastic waste policies at the local, regional, national and international levels could help members of the ReSource programme to improve.

Packaging also needs to be redesigned or reduced to get rid of items that are likely to be sent to landfill, burned or mismanaged.

Michael Kobori, chief sustainability officer for Starbucks, says they still have work to do to meet their goals and decouple business growth from plastic use.

“It will take continued collaboration across the private sector, NGOs, governments and programs like ReSource to provide valuable insights in order to drive sustainable change at scale.”