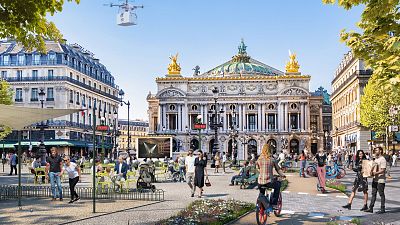 A majority of people in London, Barcelona, Warsaw, Brussels, and Paris think cars should be banned one day a week, new research suggests.

According to the Clean Cities Campaign - a European network of urban mobility campaigners - 62 per cent of citizens in these five major cities support the idea.

The radical concept could reduce Europe’s oil consumption from urban transport by up to five per cent. That’s the equivalent of Estonia, Latvia, and Lithuania’s collective annual oil demand.

“This research clearly shows that car-free days are a sure fire way to get cities off oil very fast without any complicated infrastructure or policy change,” says Barbara Stoll, director of the Clean Cities Campaign.

“They are among the best short-term measures that are immediately available, cheap and easy to implement.”

Support is highest in Warsaw and Paris where 65 per cent of citizens back a weekly car-free day.

So how would the initiative work - and would it help the environment?

How would car-free days work?

Dott - a European transport operator offering electric bikes and scooters - has created a series of visuals showing how Europe’s capital cities might be reimagined without cars.

But car-free days are not a new idea. In fact, 22 September is World Car-Free day.

Several cities around the world have already implement this policy in some way.

Every Sunday between 6am and 11am, Jakarta - the capital of Indonesia - closes main roads to private vehicles.

When Russia invaded Ukraine in February, the EU imposed strict sanctions on Russian imports. The move was intended to economically isolate Russia but has caused oil prices on the rest of the continent to surge.

Car-free days could be one way to make a dent in the demand and deal with the threat of shortages.

The Clean Cities analysis found that one single car-free day implemented in all major European and UK cities could save between 541 and 945 thousand barrels of oil.

Over the course of a year, this would save between 29 million and 49 million barrels of oil.

According to the Clean Cities analysis, this is a better impact than 60 per cent of the population working from home for three days a week.

Would car-free days help the environment?

The transport sector makes up a quarter of all global fuel-related greenhouse gas emissions, with half coming from private vehicles like passenger cars and trucks.

According to the European Environment Agency, 10 per cent of cancer cases in Europe are caused by air pollution.

Air contamination takes an average 2.2 years off global average life expectancy, the WHO has warned - a combined 17 billion life years.

Cars are one culprit responsible for this shocking pollution, spewing out chemicals and particulates.

“Cities should consider car-free days as a measure to … deliver a quick drop in toxic air pollution which kills thousands of Europeans a year,” Stoll said.

“Besides, they are a great way to demonstrate to the public what life can be like in cities when the roads are not dominated by cars.”