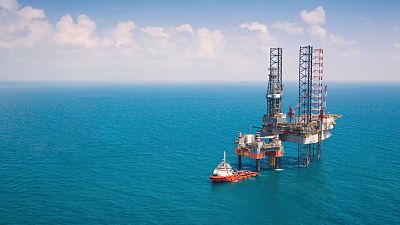 The Italian government has been ordered to pay a UK oil and gas company over €240 million for blocking a planned Adriatic Coast project.

In 2015, Italy banned oil drilling within 12 miles of the coast - scuppering Rockhopper Exploration’s plans for a massive Abruzzo oilfield.

The fee - which includes €190 million in damages plus interest - vastly outstrips the €33 million Rockhopper invested in the project.

With several corporation-government disputes ongoing, the ruling paves the way for similar outcomes in the future.

“Climate justice won’t be possible until we exit the ECT,” warned a spokesperson for War on Want, a London-based anti-poverty charity.

Why are Italian taxpayers paying out an oil and gas company?

Rockhopper planned to drill off the coast of Abruzzo, Italy, extracting crude oil from the Ombrina Mare oil field.

The project would have destroyed the surrounding area’s natural environment, says Maria D’Orsogna, campaign leader of NoOil, an Italian group that fought the Abruzzo project.

“Ombrina Mare was meant to have a big platform with six wells underneath it,” she explains.

“There was going to be a gigantic ship anchored here permanently, and it was going to process all this crude oil full of impurities and toxic chemicals.”

Under extreme pressure from local campaigners, the Italian government passed a 2015 law prohibiting oil drilling within 12 miles of Italy’s shoreline.

Rockhopper were furious - and decided to sue the Italian government under the terms of the ECT.

In a closed-door hearing, a panel of judges unanimously agreed that Italy had breached its obligations to Rockhopper.

“The secretive tribunal has reached its decision for us in Abruzzo, and they decided that ordinary people must foot the bill,” says Maria D’Orsogna,

Rockhopper will use the money to develop Sea Lion, an oil project in the Falkland Islands.

What is the Energy Charter Treaty?

The ruling was made possible by the ECT, a little-known investment treaty.

This agreement has its roots in the 1950s, when countries across Africa, South America and Asia became independent. As former colonial states tried to nationalise natural resources, companies were desperate to protect their profits.

Slowly, a new legal principle - allowing corporations to sue governments that threatened their revenue - was institutionalised.

In the 1990s, the ECT formalised this standard. The treaty’s 53 signatories agreed to abide by ‘Investor State Dispute Settlement’ clauses, which allow companies to pursue legal action against governments that harm their potential earnings.

Now, the treaty is being used by fossil fuel companies to protect their assets.

Simply leaving the ECT doesn’t nullify it. Italy withdrew from the ECT in 2014. However, sunset clauses mean that states are still liable for claims for up to two decades after leaving the agreement.

What does the Rockhopper ruling mean for climate justice?

The Italy ruling sets a troubling precedent for future cases.

Prior to the defeat, the Italian state attorney warned that a pro-Rockhopper ruling would be “extremely serious, because it would give other companies, whose extraction projects have been blocked, the desire to emulate Rockhopper.”

“Italy, the US, the Netherlands and Slovenia, face claims for a combined £13 billion [€15b] over plans to phase out coal, and stop oil rigs and pipelines,” he said.

“And £13 billion is just the beginning. Estimates of potential corporate lawsuits over climate action are in the trillions.”

The #EnergyCharterTreaty is a threat to our planet. It allows fossil fuel companies to sue us for banning their climate-wrecking projects.

Here's what we learned from the verdict.https://t.co/keXSnzXhPr

The Intergovernmental Panel on Climate Change recently warned that investor-state dispute settlement (ISDS) mechanisms in trade agreements like the ECT could cause “regulatory chill", preventing governments from clamping down on polluters.

“[ISDS] lead to countries refraining from or delaying the adoption of mitigation policies, such as phasing out fossil fuels,” warned the Intergovernmental Panel on Climate Change in its 2022 climate change assessment report.

War On Want have published a petition calling on governments to abolish the ECT. More than one million people have signed so far.