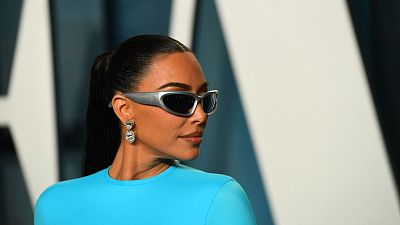 What are two things Kim Kardashian, Kevin Hart, and Sylvester Stallone have in common?

They’re all A-list celebrities - and all have been reprimanded for flouting California’s water restrictions.

The US’s most populous state has been baking under drought for three years, building up to an unprecedented water shortage emergency.

In an attempt to curb water consumption by 50 per cent, California has introduced some of the harshest restrictions in the country, including limiting outdoor watering to one day per week.

But not everyone is abiding by the new rules - including some of the world’s most famous celebrities.

They each outstripped their monthly water budgets by at least 150 per cent multiple times this year.

According to the LA Times, the worst offender was Wade, whose glamorous property exceeded its June water budget by 1,400 per cent. This amounts to 409,148 litres.

In May, the figures were even worse, with Wade blowing over budget by a mammoth 2.2 million litres - nearly enough to fill an Olympic swimming pool.

The basketballer blamed the excess on a faulty pool system.

Stallone’s property overshot its water budget by 1.04 million litres - an excess the Rocky actor attributed to a thirsty collection of rare miniature trees.

The celebs are amongst 2000 Las Virgenes residents who will now have to install water restrictors on their properties.

These devices limit water flow, slowing sprinklers to a trickle.

How bad is the California drought?

California has been in its current drought for three years. However, this is the third three year drought the state has experienced in 20 years.

Taken together, these periods amount to a “mega drought” - the worst in 1,200 years, according to one study.

The weather is getting worse as climate change warms the planet, with catastrophic implications. More than a third of the country's vegetables and two-thirds of its fruits and nuts are grown in California - but the drought has left more than 531,000 acres of the state's farmland unplanted.