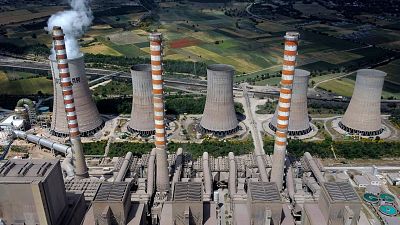 As Russia threatens to limit gas supplies this winter, certain European countries are scrambling to ensure their energy needs are met during the coldest time of the year.

In turn, this means backtracking on their climate pledges in favour of firing up coal power plants.

The International Energy Agency (IEA) has warned that Europe should be ready for Russia to turn off all gas exports to the region this winter. Though it acknowledges that this isn’t the most likely scenario, it could be on the table as the country seeks to gain political leverage.

Head of the IEA, Fatih Birol, told the Financial Times that measures taken by European governments had not gone far enough in ensuring energy supplies were ready for a potential cut-off. The bloc, he added, needs a contingency plan - particularly when it comes to gas.

And while the EU has been working to reduce its reliance on Russian fossil fuels, some member states warn this could mean burning more coal to bridge the energy gap.

Last week, Russia cut the capacity of the Nord Stream 1 pipeline by 60 per cent, blaming a technical issue. This is one of the main ways that the country brings its gas into Europe.

On Sunday, Germany and Austria announced an emergency restart of coal power stations.

On Sunday, Germany and Austria announced an emergency restart of coal power stations. By Monday, the Netherlands had followed suit, lifting all restrictions on power stations that use the fossil fuel. Previously, they were limited to just over a third of the country’s power output.

Other EU countries, including Italy, are expected to start up their old coal-fuelled power stations too as the energy crisis worsens.

This supposedly temporary increase in coal use has raised concerns about progress on the EU’s shift to less polluting power alternatives, as it is widely regarded to be the dirtiest fossil fuel.

Instead, she urged governments to stay focused on “massive investment in renewables.”

“We have to make sure we use this crisis to move forward and not to have a backsliding on the dirty fossil fuels,” von der Leyen told European journalists.

The Commission, she added, was doing everything it could to make sure the EU could look back and say “we made the right choices”.

In a recent report, the IEA announced that nearly €2.3 trillion is set to be invested in the energy sector this year - including record spending on renewables.

The agency found that investment in oil and gas could not meet rising energy demand without being redirected towards cleaner technology.

A massive surge in investment to accelerate clean energy transitions is the only lasting solution.

“We cannot afford to ignore either today’s global energy crisis or the climate crisis, but the good news is that we do not need to choose between them – we can tackle both at the same time,” said Fatih Birol, IEA executive director.

He added that, while this kind of investment was rising, it needed to be much faster to ease the pressure on consumers from soaring fossil fuel prices and ensure energy systems are secure.

“A massive surge in investment to accelerate clean energy transitions is the only lasting solution.”

The EU’s most coal-dependent country

In Poland, historically the EU’s most coal-dependent country, things are starting to change.

Growth of wind energy stalled in recent years due to new regulations but now the government is developing plans for the country’s first offshore wind farms on the Baltic coast.

Solar too has seen rapid growth in part due to state subsidies for households to install panels. Though this progress has also been slowed by new regulations introduced in April.

But on Sunday afternoon, a record breaking 67 per cent of the country’s power demand was met by renewable energy, according to the national grid operator. Demand for coal-fired power fell dramatically during the day.

Overall, the proportion of electricity generated by renewables in Poland has grown from just 6.9 per cent in 2010 to 16.9 per cent last year. It is a vast improvement but still nowhere near enough.

What are our options when it comes to replacing fossil fuels?

In Germany, the fuel offers a pathway to energy independence and reaching net zero by 2035, according to an analysis by technology company Wärtsilä. Without LNG, Germany will be more reliant on coal, leading to an additional 30 million tonnes of CO2 between now and 2045, the analysis states.

“Germany is at the epicentre of a perfect storm. The federal government has made a bold commitment to stick to its climate targets but now finds itself at a crossroads,” says Jan Andersson, general manager of Wärtsilä Energy.

“Our modelling underlines the importance of moving away from coal and using LNG as a bridge. This will allow Germany to end Russian gas imports and keep its renewable ambitions alive.”

Though LNG may be able to temporarily help with the energy crisis and keep up with net zero targets, investment in renewables is still vital.

By relying on coal, Germany will not only prolong its own path to net zero, but it will also send an implicit message that other countries can do the same.

Crucially, Wärtsilä’s analysis found that Germany’s government can still reach its goal of 100 per cent renewable electricity by 2035 with a 10 per cent year-on-year increase in solar and wind power.

But not if it leans on coal.

“By relying on coal, Germany will not only prolong its own path to net zero, but it will also send an implicit message that other countries can do the same,” Andersson adds.