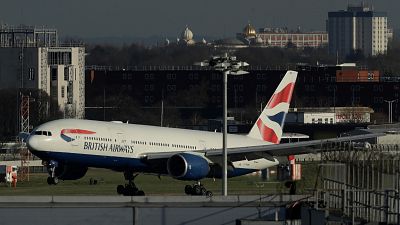 The true cost of flying could be far worse than we thought - with two-thirds of the climate impact coming from emissions that aren’t CO2.

Alongside this greenhouse gas, aircraft engines emit other elements like nitrous oxides and sulphur dioxide as well as particulates such as soot when fuel is burnt. These all contribute to what are known as the non-CO2 climate impacts.

At high altitudes, these emissions can affect the physical and chemical properties of the atmosphere, leading to an increase in greenhouse gases and the formation of contrails (condensation trails). The consequence is a net warming effect on the climate that is bigger than that of CO2.

A European Commission report using the latest available science was published in 2020 and found that the non-CO2 impact of aviation was twice that of CO2 impact.

NGO Transport & Environment (T&E) argues these potential climate-warming emissions are not covered by the EU’s most recent clean aviation laws. Overall, this means that around two-thirds of the climate impact of the sector could be unregulated.

“When reading the EU’s 2030 climate package, published last year, known as ‘Fit for 55’, it’s easy to see that there is barely any mention of non-CO2 effects or the proposed policy measures to address them,” the clean mobility NGO wrote in a recent briefing.

CO2 emissions are “just the tip of the iceberg” according to T&E. While reducing CO2 emissions has been the focus of the industry so far, an even bigger climate problem has been “flying under the radar.”

How can we stop other harmful gases being released during flights?

Carlos López de la Osa, aviation technical advisor for T&E, explains that there are a number of solutions to monitoring and mitigating non-CO2 impacts.

Working out flight paths, the fuel burn of an aircraft alongside the ambient temperature and humidity could help avoid the formation of contrails. It’s a “promising solution for the short term,” López de la Osa says.

The composition of jet fuel could also provide a way of avoiding non-CO2 impacts on the climate. In order to cut aviation’s environmental damage, experts recommend that certain hydrocarbons should be reduced in jet fuels, e.g. aromatics, naphthalene and sulphur (related to soot formation).

Irish MEP Ciarán Cuffe has now suggested an amendment to the EU regulations that would see a progressive cut in the aromatic and sulphur content of aviation fuels. There is a reluctance to do this as these elements are needed to make sure planes function optimally, reducing the chance of seals breaking, fuel leaking or pumps becoming unreliable.

Sustainable Aviation Fuels (SAFs), the use of which will increase under the ‘fit for 55’ proposal, usually contain no aromatics.

This makes them a more attractive option to reduce both CO2 and non-CO2 emissions.