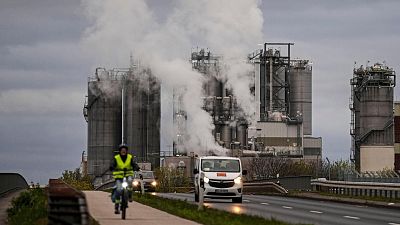 Thousands of potentially toxic or harmful chemicals still used in cosmetics, toys and even baby products could soon be banned in Europe under new regulations.

Industry groups say that up to 12,000 different chemicals present in 74 per cent of consumer or professional products could fall under these restrictions. It will be the “largest ever ban” on toxic chemicals, according to the European Environmental Bureau (EEB).

Tatiana Santos, EEB chemicals policy manager, says that what has been announced by the European Commission today “opens a new chapter” in facing the growing threat from these harmful substances.

“The ‘great detox’ promises to improve the safety of almost all manufactured products and rapidly lower the chemical intensity of our schools, homes and workplaces,” she says.

Published on Monday, the “restrictions roadmap” will use existing laws to prohibit substances linked to cancer, infertility, reduced vaccine efficiency and other health issues.

The plan focuses on whole categories of chemicals such as flame retardants, PVC plastics and bisphenols which are used to make hard plastics for items such as water bottles. It will also cover PFAs - known as “forever chemicals” because of the incredibly long period they take to degrade in the environment.

This rolling list of restricted substances will be regularly reviewed by the European Chemicals Agency.

Chemical pollution has already crossed a “planetary boundary,” scientists said earlier this year. Passing this limit could lead to the breakdown of ecosystems and threaten the future survival of humanity.

A UN report from last month also found that chemical pollution could be causing more deaths than COVID-19. Its authors called for “immediate and ambitious action” to ban some of these toxic substances.

By volume, three-quarters of chemicals produced in Europe are hazardous.

An estimated 200,000 chemicals are used in the EU, with global sales having more than doubled between 2000 and 2017. By volume, three-quarters of those produced in Europe are hazardous.

This threat hasn’t gone unnoticed either with 84 per cent of Europeans worried about the health impact of chemicals and 90 per cent concerned about their impact on the environment, according to official polling carried out by the European Commission.

With the industry developing a new chemical roughly every 1.4 seconds, it has been difficult for the EU to keep up by regulating chemicals one by one. Around 2,000 substances have been banned in the bloc over the last 13 years, more than any other region in the world.

But these restrictions apply to very few products like cosmetics and toys.

Under the new roadmap, legal restrictions will be defined by the most harmful member of the chemical family. The EEB says it should help end the industry practice of slightly tweaking chemical formulas to evade bans, estimating that between 4,000 and 7,000 different substances could be outlawed by 2030.

You are what you eat: How industrial chemicals contaminate our bodies