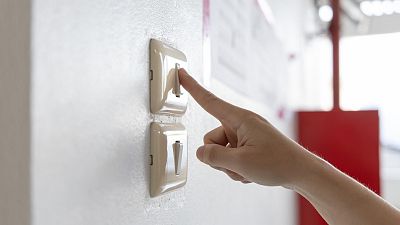 On Sunday night, thousands of people in the UK completely switched off their electricity to demand that the government take action on the energy crisis.

Described as a ‘non-partisan action protest’, the stunt was organised online to draw attention to the impacts of the rising price of electricity across the country. Those that took part are also hoping that it will hit energy companies where it hurts.

“The idea is that, if it won't put you at risk, you switch off all of your electrical appliances, lights, or switch off at the breakers for 10 minutes,” reads a Facebook post about the action.

This would supposedly create an imbalance in the UK’s National Grid when electricity consumption becomes lower than predicted and the electricity supply is too great.

Because the grid is publicly owned, but power supply is private, this effectively creates a 10 minute boycott of the privatised portions of our power supply.

“Because the grid is publicly owned, but power supply is private, this effectively creates a 10 minute boycott of the privatised portions of our power supply, losing them up to an estimated £9m (€10.75m) in revenue,” the post claims.

So did the Big Power Switch Off work?

There are mixed responses to whether the action had any impact on the UK’s electricity grid.

People on social media reported that the demand on the National Grid appeared to jump when protesters switched their electricity back on but there’s no way to confirm that it was due to the campaign.

This is UK grid demand (time is BST). It does show a jump in demand at around 22:13 so perhaps that's people turning their electricity back on. pic.twitter.com/JzSdnIIRBU

Others claimed that it led to the UK’s pumped storage being used in order to balance the frequency of the electricity grid - the kind of effect the campaign was hoping to have. This is energy stored by pumping water up to a reservoir where it can be used to generate power at a later date by flowing through turbines at a hydroelectric dam.

“Once it’s used, it can’t be re-used for many hours,” one Twitter user said.

#bigpoweroff for anybody thinking this didn't work, think again. The UK pumped storage had to be used to balance the grid frequency. Roughly 10% of the capacity. Once it's used, it can't be re-used for many hours. Next time do it at 8, them again at 9. More people the better.

But experts say that unless significantly more people decide to take part in the action, it is unlikely to have much of an impact on the UK’s electricity system.

“The effectiveness of such a protest all depends on the uptake,” explains Dr Spyros Skarvelis-Kazako, senior lecturer in electrical engineering at the University of Sussex.

If a quarter of a million households took part, it would be roughly equivalent to a small power plant or large wind farm.

He says that if a quarter of a million households took part, it would be roughly equivalent to a small power plant or large wind farm.

“Hardly a game-changer, since the country’s installed capacity is in the region of 40 to 60GW.”

So the key issue to note is that unless millions of households participate, this is unlikely to have significant technical consequences for the operation of the system.

Wholesale energy is bought and sold months and years in advance which means it would be unlikely to change energy prices either.

Instead of reducing prices, any money spent as part of the response to the protest could lead to customers paying more on their next energy bill.

Are more blackouts being planned in the UK?

The hashtag for the campaign, #BigPowerOff, was trending on Twitter in the UK on Sunday night. Organisers are now hoping to hold these blackouts weekly to grow the momentum of the movement and have a greater influence on the government’s decisions.

There is already another protest planned at 7pm BST on 16 April, “just before Parliament arrives back from their holidays,” one of the campaign’s advocates Karen Brady says.

A post circulating on social media demands “special emergency measures to reduce energy costs” warning that it is only the beginning if “we don’t get results”.