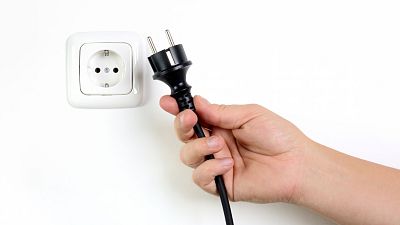 The maximum amount of money an energy firm can charge a customer, also known as an energy price cap, rose by an enormous 54 per cent this month.

As a result, millions of people in the UK witnessed a significant increase in their household bills. And with many Brits already battling the cost of living crisis, hopes that energy bills will decrease by next year have begun to wane.

UK energy prices have been rising for months now, mainly as a result of surging international demand following the end of worldwide COVID-19 restrictions.

The price rises have forced many within the UK to choose between ‘heating and eating’ and news of yet another price hike - in part brought on by the Russian invasion of Ukraine - has only made matters worse.

In February this year, a report published by the bank Investec, announced that household energy bills could hit £3,000 (€3,595) a year in England, Wales and Scotland from October 2022, in part due to the Ukraine crisis.

According to the report, the war in Ukraine is likely to make matters worse for months to come too.

Russia is the world’s largest natural gas exporter and many in Europe are worried about Putin’s reaction to western sanctions.

If Putin were to cut off Europe’s access to Russian gas, wholesale prices would skyrocket. Such a move would be “devastating” and has the potential to “plunge many people into fuel poverty,” says Martin Young, an Investec analyst.

The situation in the UK before the invasion wasn’t great either, with British annual inflation having hit a 30-year-high at 5.4 per cent in December 2021, accompanied by a fall in real wages and rising food costs. Now, with the cost of energy rising too, life for many is looking increasingly difficult.

What about energy costs in Europe?

In recent months, the price of energy has soared across Europe too.

In March, anger rose in Spain as it was reported that the country’s economy was set to become one of the worst hit on the continent. In response, a ‘silent revolution protest’ was organised in certain areas of the country, with citizens agreeing to turn off their power for one minute, at 9:59pm on 15 March.

The country's protests were successful, with the Spain’s Prime Minister, Pedro Sánchez, later agreeing to provide the Spanish people with a package of emergency economic measures. The measures, worth €6 billion in direct aid and tax breaks and €10 billion in loans for families and businesses aim to reduce the economic fallout caused by Russia’s invasion of Ukraine.

Is the #BigPowerOff coming to Britain?

Inspired by the people of Spain and their activism, some Brits have taken to social media demanding that a ‘#BigPowerOff’ is held in the UK with writer Karen Brady having first initiated the plan.

"I noticed on Spanish news that a protest [against rising costs] was taking place," says Brady. "I thought it was a great idea." Now, for ten minutes, at 10pm on 10 April, Brady and fellow activists hope that Brits will come together to turn off all electrical appliances.

Described as a ‘non-partisan action protest’, the 10 minute blackout aims to have an impact on energy and shareholders' profit and demand that special emergency measures are brought in to combat the situation. The protest is silent, can be fought from home, and is inclusive to many, for example, those with disabilities. In February 2022, a report by SCOPE concluded that disabled people are “more than twice as likely to be unable to heat their home.”

“I have a lot of electrical appliances which I use to support me, due to balance issues mainly. I plan to eat cold food all day to ensure I don’t have to turn one of my many cooking appliances on.” says Rachael Tomlinson, an ex-project manager for the NHS, from East Yorkshire.

“In 2018, I was diagnosed with primary progressive multiple sclerosis and left work soon after,” says Tomlinson, who is now a Disability Officer.

Many of those retweeting information regarding the protest are disabled, and fear the impact October’s price hike will have on their day-to-day lives.Many are worried that the cold will bring on further illness complications, as they won’t be able to afford to have any heating on at all.

“We have to make the government realise that people are going to die. I know that sounds dramatic, but it’s really true. The messages and comments I am receiving on TikTok are telling a very sad story.”

“We are dealing with the worst cost of living crisis since the 1950s and ration books,” adds Tomlinson.

“What we need to do now, is gather support. We need you to share our materials [online] as the current crisis has reached boiling point. It might not affect you now, but I guarantee it will be affecting someone very close to you.”

An earlier version of this article stated that Spanish citizens agreed to turn their power off for ten minutes at 10pm on 10 March.

This has been changed to clarify that citizens in Murcia, Spain organised to turn their power off for one minute at 9:59pm on 15 March.