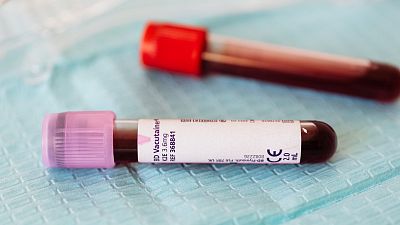 Microplastics have been found in human blood for the first time, increasing concerns about their impact on human health.

The microscopic particles, some as small as 0.0007mm - that’s about a twentieth of the width of a human hair - were discovered in 77 per cent of the healthy adult blood donors tested in the new study in the Netherlands in 2021.

While the impact of microplastics on the human body are still unknown, these findings once again highlight how the fossil fuel-based material is invading every area of human life.

Microplastics have already been discovered in human faeces, babies and even in unborn foetuses - and scientists fear that the nanoparticles could use the bloodstream to reach our organs.

“Blood as a component makes up 6-7 per cent of body weight in humans. It irrigates the body’s organs and is the transport pathway for oxygen, nutrients and potentially also plastic particles around the body to other tissues and organs,” says the study.

What plastics did the researchers discover?

Nearly 80 per cent of the 22 anonymised blood donors in the study, published in the journal Environmental International, were found to have quantifiable plastic particles in their blood. PET (polyethylene terephthalate), which is used to make drinks bottles was located in 50 per cent of the donors, while polystyrene - used for packaging was discovered in 36 per cent.

The third most common particle was polyethylene, commonly used to make plastic shopping bags, which was found in 23 per cent of participants.

While there is currently not enough data on microplastics in the human body to create a human health risk assessment (HRA), the research highlights that, “it is scientifically plausible that plastic particles may be transported to organs via the bloodstream”.

The study adds, “The human placenta has been shown to be permeable to 50, 80 and 240 nm polystyrene beads and likely also to microsized polypropylene.”

How did scientists ensure the blood wasn’t contaminated?

Most micro and nanoplastics are invisible to the naked eye, so ensuring that blood donations were not infected with particles during the study was vital.

The researchers used rigorous protocols to prevent contamination from other plastic sources.

They used a venipuncture - a blood collection method which uses an air-tight vial with a rubber seal - to take the samples, and importantly were able to avoid “any contact with plastic tubing or reservoirs.”

These measures ensured that only plastic found in the bloodstreams of the participants was measured.

How does plastic enter the body?

Microplastics have now been discovered in all areas of the planet, from bottom-feeding sea creatures to tropical rainforests and the tops of mountains. The tiny particles can enter the human body in many ways, but the majority likely enter via ingestion or inhalation.

The tiny particles can enter the human body in many ways, but the majority likely enter via ingestion or inhalation.

Plastics can also be found in personal care products too, including in toothpaste, lip gloss, tattoo ink particles and dental polymers.

While the “residence time” of plastic particles in the bloodstream remains unknown at present, scientists are concerned that the particles could be carried by immune cells in the blood, which could potentially affect immune regulation within the human body.

More research is needed to determine whether this is an imminent risk for the human race.