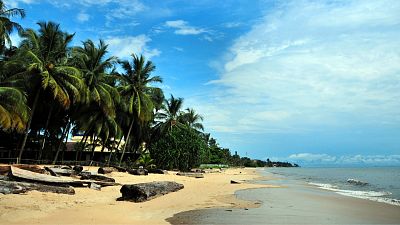 Gabon is in a world-leading position when it comes to protecting oceans, say experts.

The country on Africa’s west coast provides a blueprint that could be used in many other nations, according to a new paper compiled by Gabonese policymakers and researchers from the University of Exeter, UK.

Gabon's network of Marine Protected Areas (MPAs) is very unique. Since announcing its new MPA network in 2014, the country has created 20 protected areas - increasing protection of Gabonese waters from less than 1 per cent all the way to 26 per cent.

Global MPA coverage still doesn’t reach the 10 per cent target set in 2010, partly due to limited progress in many low-income and middle-income countries.

It was originally agreed by Parties to the Convention on Biological Diversity twelve years ago and was also adopted by member states of the United Nations as part of Sustainable Development Goal 14.

So what is Gabon doing differently?

Just a few countries - including Gabon - have met or exceeded international commitments on land and sea.

"Collective action has accelerated progress, and the country has now committed to the 30x30 pledge to protect 30 per cent of its oceans by 2030,” explains Dr Emma Stokes, Wildlife Conservation Society Regional Director for Central Africa & Gulf of Guinea.

"This political will and long-term engagement was vital --creating a 'tipping point' towards effective change.”

Gabon’s MPAs make up an interconnected network tailored to protect important habitats, as well as globally important populations of sea turtles and marine mammals. Protected zones extend from north to south, and from coastal waters to 200 nautical miles offshore.

The new paper argues that lessons from Gabon can be used to inform Post-2020 global biodiversity commitments and implementation.

It suggests a four-step approach for countries and donors:

“Gabon has made significant steps to ensure the long-term persistence of its marine biodiversity and fisheries resources, and should be celebrated as a global exemplar,” says Professor Brendan Godley from the University of Exeter.

What else is Gabon famous for in the environmental sphere?

In 2021, Gabon became the first country in Africa to get paid for reducing carbon emissions and forest degradation.

The €14 million reward was based on an independent assessment of the country’s efforts to reduce CO2 emissions in 2016 and 2017.

Gabon has also made significant advances in sustainable management of its timber resources, with an ambition to ensure that all forest concessions are FSC-certified.