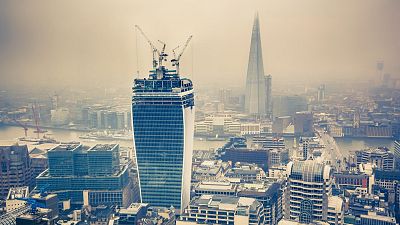 Londoner’s have been told to avoid strenuous exercise today due to ‘very high’ levels of pollution in the capital.

The warning comes as a persistent area of high pressure hangs over western Europe.Low levels of air movement are causing a build-up of locally emitted pollutants.

According to IQAir, PM2.5 concentration in London is currently 6.5 times higher than the WHO annual air quality guideline value. PM2.5 pollutants are particles that are 2.5 microns in size. By comparison, a cross section of a human hair is 50 microns. These particles can be made of a range of chemicals and are particularly dangerous to human health as they can get past our natural defences - such as nose hairs - and enter our lungs and other organs.

A rating of 10/10 for air pollution, the highest possible category, was initially predicted. This has since been downgraded to ‘high’ by UK Air, part of the Department for UK Food and Rural Affairs.

Many parts of the city are still experiencing 8/10 levels, though these are expected to return to normal at the weekend.

What should Londoners do when air pollution is high?

Some parts of North and West London are currently ‘unhealthy for sensitive groups’, including older people with heart conditions, lung problems and those with asthma.

In the ‘high’ category the UK government recommends that vulnerable adults, including older people, reduce strenuous exercise, particularly outdoors. They also state that people with asthma may need to use their inhaler more often.

In the ‘high’ category the UK government recommends that vulnerable adults, including older people, reduce strenuous exercise, particularly outdoors. They also state that people with asthma may need to use their inhaler more often.

Other symptoms which may affect the general population in high pollution zones include: sore eyes, cough or sore throat. People who experience these effects should consider reducing activity, particularly outdoors.

Private car use in London remains a problem

The news comes after a warning from London Mayor Sadiq Khan earlier this week regarding private car use in the capital. Though walking and cycling has risen since the pandemic began, vehicle use remains high as people shy away from public transport amid fears of catching the virus.

Use of the London Underground is currently at 55 per cent of pre-pandemic levels, while bus use sits at 70 per cent. Despite the expansion of the Ultra Low Emission Zone in the capital in October 2021, car use has almost recovered to pre-pandemic levels.

The city was revealed to be the world’s most congested in December, with drivers losing an average of 148 hours a year to traffic jams, costing the city’s economy £5.1 billion (€6.1 billion).

What about air quality in Europe?

Air pollution remains a problem across mainland Europe too, with the European Air Quality Index currently reporting ‘poor’ levels across parts of France, Germany and Belgium.

In a bid to reduce pollution levels and meet its climate goals, car adverts in France must soon encourage people to walk or cycle with a range of government approved slogans.

A recent report by Airly, revealed which European cities have the worst air quality, with Balkan and central European countries ranking particularly high. Paris came in fifth place due to nitrogen oxide pollutants from road traffic.