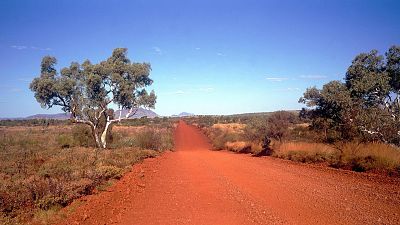 A remote coastal town in Western Australia has matched the country’s hottest day on record with temperatures of 50.7C.

It could be set to break records in the coming days too with the region due to get even hotter on Friday.

The record was set in 1960 and has been unmatched for over 60 years. But on Thursday, Onslow equalled the all-time high with two other monitoring sites in Western Australia also breaking 50C. It also equals the highest temperature ever recorded in the Southern Hemisphere.

The temperature was confirmed by the Bureau of Meteorology on Thursday at 14:26 local time.

A severe heatwave has been hovering over the region for a few days with experts saying the build-up of warm air is being caused by a lack of thunderstorms. Christmas 2021 was also the hottest since records began more than a century ago.

Local media reports say that this year’s rainfall has been between 0 and 50 millimetres through November and December, well below normal levels. The average temperature for this time of year is also usually around 36C.

Western Australia has already seen large bush fires in December last year, with 6,000 hectares of land burnt near Margaret River, outside the city of Perth.

The hottest on record

The reported record high comes after European climate agency Copernicus confirmed that the last seven years were the world's hottest on record. 2021, in particular, was one of the warmest, coming in at around number five on the agency’s rankings.

The reported record high comes after European climate agency Copernicus confirmed that the last seven years were the world's hottest on record.

Globally, last year was 0.3C hotter than the average temperature between 1991 and 2020. It was was also a massive 1.1 to 1.2 degrees above pre-industrial levels.

The report also took note of greenhouse gas concentrations, with the last seven years unsurprisingly showing an upward trend. A sharp increase in the level of methane in the atmosphere was of particular concern as the gas has 80 times the warming power of CO2 in the short term.

Director of Copernicus Atmosphere Monitoring Service VIncent-Henri Peuch said that the increase was double what the agency expected.

“That’s a worry because we don’t understand exactly what is going on.”