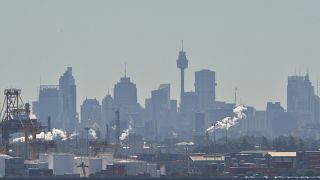 Australia's Prime Minister Scott Morrison has promised the coal-rich country will achieve net-zero carbon emissions by 2050, while shying away from setting more ambitious goals ahead of the landmark UN climate summit.

As one of the world's largest coal and gas exporters, Australia will not strengthen 2030 emissions reduction targets crucial for climate change action. Morrison vowed to work to keep mines operating for as long as possible.

Australia's reluctance to act has been criticised by the US and Britain, as well as its Pacific island neighbours who are highly vulnerable to the impacts of the climate crisis.

The country itself has also suffered a series of climate-worsened droughts, bush fires, and floods, which are increasingly changing Australians' attitudes on the subject.

A 2021 poll by the Lowy Institute found that 78 per cent of Australians back a 2050 net-zero target, while 63 per cent support a national ban on new coal mines.

Widely seen as a climate laggard, Australia's conservative government has resisted climate action for most of its eight-year term.

Announcing the shift, Prime Minister Scott Morrison said Australians wanted a strategy that "does the right thing on climate change and secures their future in a changing world".

"Our plan is a fair plan, it's a practical plan, it's a responsible plan. Our plan for net-zero by 2050 is the plan that I believe Australians want, because it gets it right. It's been carefully put together," Morrison added.

Australia had previously agreed to reduce greenhouse gas emissions by 26-28%, a target Morrison has claimed the country will "meet and beat".

Australia had previously agreed to reduce greenhouse gas emissions by 26-28 per cent on 2005 levels by 2030, a target Morrison has claimed the country will "meet and beat".

"We won't be lectured by others who do not understand Australia," he went on. "The latest official projections released Tuesday show Australia is on track to reduce emissions by up to 35% by 2030, well above our target of 26 to 28%."

The announcement comes just days before Morrison departs for next month's COP26 climate summit in Glasgow.

5.9 earthquake causes some damage in Australia, no injuries