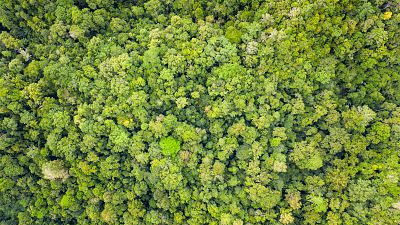 The collapse of an €867 million-deal to curb Indonesian deforestation has highlighted problems with a UN-backed climate initiative.

The REDD+ mechanism was established to provide public and private funds to help developing countries reduce deforestation. This form of environmental destruction accounts for more than eight percent of global carbon dioxide emissions each year.

Over the past decade, hundreds of projects have sprung up worldwide under the initiative. These range from national-level schemes supported by foreign governments, to private ones which generate ‘carbon credits’ to be sold to companies seeking to offset emissions.

But the initiative has been dogged by controversy. Environmentalists say projects in places such as Cambodia, Peru and the Democratic Republic of Congo failed to involve local communities and deliver on promised benefits.

Indonesia, home to the world's third-largest expanse of tropical forest, walked away from an €867-million deal with Norway last month, having received only a tiny fraction of the money.

The agreement was made in 2010 in a bid to reduce the Asian nation's rampant deforestation. It outlined steps politicians in Jakarta needed to take, including developing a strategy to combat forest loss.

But changes "advanced more slowly than expected" and deforestation initially increased, according to a 2015 report by the Center for Global Development.

And while figures show forest loss has slowed in Indonesia in the past five years, authorities claim they did not receive the expected payment of €48 million for this success.

Indonesian officials say they terminated the deal because Norway had shown "no goodwill" and set additional requirements, such as documentation on how the money would be spent.

Ancient forests have been lost forever

According to Global Forest Watch, in 2001 Indonesia had approximately 230 million acres of primary forest - ancient forests which have largely been left undisturbed by human activity.

By 2020, this figure had decreased by about 10 per cent, meaning the archipelago had lost an area of forest roughly the size of Portugal.

Although the rate of forest loss has slowed since 2016, experts are sceptical as to whether the Norway deal played a substantial role. They instead point to other factors such as slower economic growth and higher rainfall.

Frances Seymour, forestry expert from the World Resources Institute, says the system should not be dumped altogether, but overhauled to focus on large-scale initiatives.

Referring to the goal of limiting global warming to 1.5 degrees Celsius, she says: "There's no way you can meet the Paris temperature targets without stopping tropical deforestation."

“Forests cool the surface of the planet and we lose that cooling function because of deforestation.”