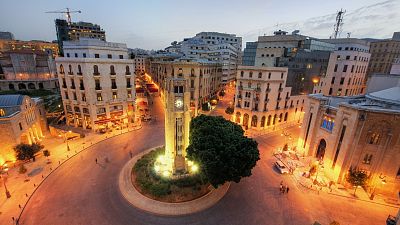 Power cuts in Lebanon have left much of the population grappling with life without electricity. Faced with total blackouts, households and businesses which can afford to are now rapidly shifting to solar power for their basic electricity needs.

The “unpredictability” of the energy sector in Lebanon pushed local resident Emilio Matar to install solar panels at his parent’s home near Beirut. He wants to ensure that they have a reliable supply of energy and are independent from the local suppliers who hold a monopoly over power generators.

Meanwhile, NGOs and UN agencies are upgrading power systems at hospitals and schools to avoid a humanitarian crisis.

In Arsal, a deprived Lebanese town close to the Syrian border, a Scottish and German NGO are installing solar power to ensure that clean water can continue to be pumped for local Lebanese and Syrian refugee families.

Nabil Khallouf, a Syrian refugee who works with the Scottish NGO Edinburgh Direct Aid, is already concerned about keeping the Syrian families who live in tents warm during the winter in Arsal, where temperatures drop below freezing.

How did the energy crisis happen?

Even when working at maximum capacity, the state electricity company, Électricité du Liban, fails to deliver the amount of electricity that the country requires from its inefficient power plants. The peak power demand is estimated at 3,600MW and the 1,600MW shortage leads to daily blackouts in Lebanon.

The last time the small Mediterranean country had reliable power was before the civil war - a bloody sectarian conflict that kickstarted Lebanon’s private diesel generator industry.

A patchwork of community and household generators has grown into a $2 billion (€1.7 billion) market that pumps harmful carcinogens into the air - doctors have linked an uptick in severe respiratory problems with an increase in pollution from these diesel generators.

Until this month, both the state electricity supply and the diesel required for generators were heavily subsidised by the Lebanese state.

The last time the small Mediterranean country had reliable power was before the civil war.

The subsidy program, as well as the better economic conditions that existed before 2019, meant that a majority of households were able to bridge the gap in the state supply - which ranged from 3 -12 hours depending on the area of the country - to some extent, by purchasing subscriptions to private generators.

These subsidies are estimated to have contributed to as much as 43 per cent of Lebanon’s rocketing public debt, while the energy sector incurs huge annual losses due to inefficient plants, low fees, and poor rates of collection.

“We have had so much money spent on the power sector, yet we do not have a functioning power sector,” says Jessica Obeid, an independent energy consultant.

While the state electricity supply is currently still subsidised, the supply has rapidly dwindled to 2-3 hours a day at best.

The subsidy for fuel has now been unofficially stopped. As a result, the cost of subscriptions to local generators has sky-rocketed. In a country where the minimum wage is less than $50 (€43), households who can afford to are now paying up to USD 400 per month for generators and still not receiving 24-hour power.

In August, the American University of Beirut Medical Centre (AUBMC) issued an urgent request for power. The hospital’s generator had been running non-stop due to a complete lack of state electricity and fuel reserves for the generator were rapidly depleting.

“AUBMC is facing imminent disaster …as a result of fuel shortages,” the hospital said in its statement last month before securing an emergency supply of fuel. “Forty adult patients and 15 children living on respirators will die immediately; 180 people suffering from renal failure will die poisoned after a few days without dialysis.”

Solar solutions to the crisis

The United Nations Development Program (UNDP) has accelerated the installation of solar panel systems to 10 public hospitals in Lebanon. The installation was initially part of the UNDP’s strategy of “greening” the COVID-19 medical response but has now taken on a humanitarian dimension in light of Lebanon’s energy crisis.

As well as working with public hospitals, the UNDP has also been working across the education and security sector to ensure basic services can be maintained in the small crisis-ridden Mediterranean country.

The UN agency has been fitting schools with solar systems since 2006 and is now working with the Lebanese Army to install solar systems in barracks along the border with Syria to provide electricity and hot water and reduce the need to transport fuel.

As a country with 300 days of sunshine, solar power has the potential to provide a basic level of power for the Lebanese public.

As a country with 300 days of sunshine, solar power has the potential to provide a basic level of power for the Lebanese public. Obeid says that community-based solar panel systems could be introduced across the country within six months, especially in municipalities where there are existing generators.

A decentralised community model where each neighbourhood, city, or town had its own system could bypass the corruption and vested interests that have dominated the national electricity supply.

Green regulation and financing is a problem

With systems for standalone residential houses costing upwards of $20,000 (€17,000), solar power is predominantly available to those who can afford it in Lebanon.

Communities and households don’t need a specific regulation to install solar power but a “decentralised renewable energy law would provide some security and stability,” says Obeid. Solar systems are a long-term investment and people want to know that “the government is not going to suddenly say that privately-funded power installations are illegal - especially when there is a monopoly on state power.”

Jihan Seoud, a manager responsible for renewable energy programs at the UNDP, notes that “for the market to take up these new technologies, there is usually a testing period and adaptation period so that people can get more convinced that these are technologies that can be relied upon.”

Due to the swift decline in the electricity supply, many Lebanese households are rapidly switching to solar in a market that lacks proper regulation and technical expertise.

“It’s really the wild west,” says Albert Khoury, who owns Arina Energy, a solar company in Lebanon. “We have been involved in this sector for six to seven-years and we’ve heard of competitors that we’ve never heard of offering solar solutions.”

Due to the total lack of state electricity and fuel for generators in some areas of the country, expensive batteries are also required for the solar systems to work. These batteries require regular maintenance and can be toxic if improperly disposed of.

The EU has been supporting recycling initiatives for these batteries, but many are concerned about the possible waste that poorly maintained solar panel systems could lead to.

While the demand for solar has dramatically increased in the last year, Khoury views it as all too late: “People are installing very basic solar systems in order to survive but this is not making a dent in the macro requirements of the country.”

“There is no political will,” says Obeid. “The government is just letting the market kind of fix itself and we are not seeing any policies or reforms.”

The government is just letting the market kind of fix itself and we are not seeing any policies or reforms.

“We need mechanisms to finance solar systems, then the big projects will come in and industries will invest,” Khoury says. “If a way is found to inject fresh cash on a business-to-business basis that would be helpful. It would make a big difference really quickly because people now realise that solar is the only way for them to survive.”