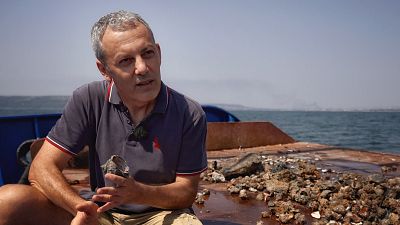 The future of the Black Sea fisheries may depend on the successful cooperation of the six states that share the waters of this challenging basin. These countries include Bulgaria and Romania, both EU members, and non-EU countries, some of which have complicated relations with their neighbours.

Until recently, even an accurate estimate of the population health of certain marine species in the Black Sea was impossible. Different riparian countries used their own methods to conduct research in their waters. As a result, scientists often struggled to understand the bigger picture and management organisations couldn’t take effective measures to restore populations.

A groundbreaking scientific project called BlackSea4Fish, which is financially supported by the EU and coordinated by the General Commission for Fisheries in the Mediterranean Sea (GFCM), has become the first successful example of the Black Sea's scientific community coming together and using the same methods to get a complete picture. It is giving hope to those looking to create effective measures to conserve and restore commercial fishing stocks.

He told us that the Black Sea has been experiencing significant problems, like overfishing and small-scale fisheries shrinking. There are also other challenges, such as "illegal practices and also bycatch of small individuals and vulnerable species".

According to him, the stocks in the Black Sea are not as desired, they're "not at a biologically healthy level".

He is of the opinion that if several countries are sharing the same waters and fish stocks, then the stocks need to be assessed together. "The work has to be harmonised, cooperative and scientifically sound." That is what the BlackSea4Fish project is doing and its ultimate goal is to be able to "advise management whether to take action to reduce the fishing effort, or to do other mitigation measures", he explains.

If these decisions are taken in the proper way, my son can benefit from the sea as I did. So hopefully by the time my child gets to my age, he’ll have the right to the same resources, or even better.

To watch the full interview with Hüseyin Ozbilgin, click on the media player above.