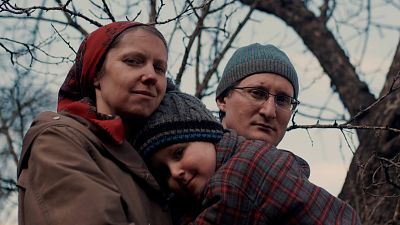 Poland is experiencing droughts, wildfires, severe flooding and crop failures due to changing weather patterns and these impacts will worsen with further global heating.

Now claimants are taking the government to court over its failure to protect them from worsening climate impacts.

Five individual cases – three of which were filed today, with a further two to be filed later this month – are being brought before regional courts, seeking to take the national government to task over its ‘regressive’ climate stance and failure to slash emissions.

One of the individuals filing a case is Monika Stasiak, a business owner from central Poland.

Over the past years, Monika has been suffering with her community through intensive droughts and reduced water levels in the Pilica River. Low river levels has meant local ferries were unable to run, and neighbouring farms have suffered crop failures from increasing drought.

The continued degradation of the local environment and decreasing water levels have affected her and her partner’s agritourism business. Monika fears the future her son will grow up in.

She worries that if we don’t stop climate change, people will be forced to struggle for survival as water and food availability become an issue.

Watch the video above to learn more about Monika.