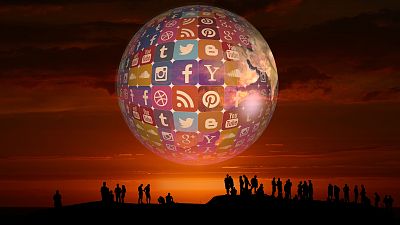 Indeed, publishers like ourselves all use social media to build audiences.

But are social media apps truly helping to combat the climate crisis? Behind the scenes, apps like Instagram may be contributing more to emissions than we realise.

A study in 2020 examined the environmental effect of Instagram’s main features. By measuring how much energy activities like posting, live streaming, and scrolling consumed, researchers at an energy efficiency organisation - Greenspector assessed its carbon impact.

📸What's the carbon impact of main @Instagram features? The average impact of a mobile #Instagram user is 18.6 gEqCO2/day, the equivalent of 166 meters traveled by a light vehicle 🚗 ➡https://t.co/uEHVZdUonY#socialmediapic.twitter.com/TcQSpwmJRu

Your thumb won’t thank you either

By far the most energy-intensive activity on Instagram is scrolling. One minute of scrolling on a newsfeed is roughly the equivalent of driving 13 metres in a light vehicle, like a car.

The least carbon-intensive activity was posting a photo, followed by a story.

In France, where the study was conducted, the average user spent 28 minutes on Instagram every day. The carbon impact of this equalled about 166 metres of driving every day.

This doesn’t sound like a lot, right? It’s not - if only one person’s usage matters. But Instagram often comes out as the world’s most popular social media app. More than 500 million people use it every day.

If the average global user is the same as in France, then Instagram’s total daily carbon use is the equivalent of driving approximately 83,000,000km. This is roughly the equivalent of a car driving around the earth 2,071 times every single day.

How it works: The Selfie Index

Instagram’s environmental impact can be assessed in a variety of ways. One study in 2019 did it by estimating the weight of uploading a single picture to Instagram. It came to around 2 MB. This was significantly higher than other social media apps. Uploading pictures to Facebook or Whatsapp came to only about 100 KB.

The researchers used this to find out how much energy was required to process this picture. The result was 5.12 kWh. From this, a carbon value could be determined, which they called the Selfie Index.

The Selfie Index estimates that Instagram is responsible for about 405 tCO2 every year. This figure only accounts for pictures that have been uploaded or sent on the app. It doesn’t consider the indirect ways Instagram is damaging the environment.

One way that it is likely driving climate change is through its’ effect on consumption. Through extensive advertising and in-built shopping opportunities, Instagram is driving up sales.

Today, around 130,000 Instagram users shop on the platform every month, with more than 46 per cent of users buying a product after seeing it on the app.

Through direct sales and advertising, Instagram has become a major player in the fast fashion industry, which is responsible for more than 10 per cent of global carbon emissions. This is more than all international flights and maritime shipping combined.

What are they doing about it?

It’s not all doom and gloom for Instagram - just yet. A spokesperson for Facebook (that owns Instagram) told Euronews that as of 2020, the company is now 100% supported by renewable energy. Facebook has cut its emissions by 94 per cent in the past three years and has pledged to reach net-zero emissions across its supply chain by 2030.

Currently, Instagram’s carbon footprint is being examined through independent studies. No extensive external assessment has been published yet. This makes it difficult to get the true picture of the app’s impact. Early signs from studies not linked to the apps are indicating, however, that the world’s favourite social media app is indeed contributing to the climate crisis.

These jaw-dropping photos of the Milky Way defy light pollution