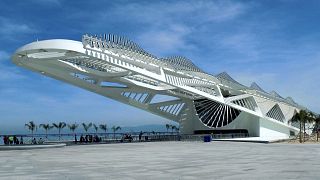 It’s a brilliant time to be in the business of sustainable design.

Cultural sites, landmarks, office buildings and residential areas across the world have made it their mission to push technological boundaries that meet the needs of our natural environment.

A lot of popular new features allow the visual language of these structures to become even more aesthetically pleasing, from the gloss of large moveable solar panels to the lush greenery of roof gardens.

One London-based energy company, Insulation4Less, commissioned a poll of eco-friendly Instagram locations that fit the parameters of contemporary sustainable design to find the buildings most shared by users on the platform.

Most of them are less than a decade old, symbolising an incredible shift in the way new buildings are constructed with sustainability in mind.

Their findings evoke a wealth of exciting ideas worth admiring from across the globe.

Most of them are less than a decade old, symbolising an incredible shift in the way new buildings are constructed with sustainability in mind. Spaces spanning Europe to South America are making real statements about what the future holds for keeping green architecture fun but functional.

Take a look for yourself - here’s the top ten.

The North of England’s One Angel Square cost over €100 million to build and is now the head office of the Co-operative group and is self-professed to be one of Europe’s most environmentally friendly buildings.

It was the first in the UK to receive a Building Research Establishment Environmental Assessment Method (BREEAM) outstanding rating, most notably because of the architecture’s double-facade which heats in the winter and cools in the summer and the fact it is powered by biodiesel and rapeseed oil.

One of the only spaces on this list used for residential rather than business purposes, Marco Polo Tower’s quirky ridged design is a love it or hate it kind of specimen for residents of the city.

Residents can be assured they are living in one of Germany’s finest sustainability successes through the engineered vacuum collectors on the roof that turn heat into a cooling system for the apartments.

It has made headlines for its striking sculptural inward glass design glazed coated with solar panels, along with its claim to be Europe’s first office fit for the 21st century.

The cleanest waste-to-energy power plant in the world, CopenHill works to convert over 440,000 tons of waste into clean energy annually.

It might also be the only power plant in the world with a year round, open-air ski slope on the roof.

London’s base for accountancy firm PwC is a little different to what you’d find in its financial district - it was designed to provide insulation and cool air in all of the right places, and features a fully automated building management system that regulates its solar panelling and garden roof.

Over 25,000 people visited Rio’s Museum of Tomorrow on its first day of opening in 2015, where it was later awarded for its innovation by MIPIM, one of the world’s most reputable architectural bodies.

Described by The Guardian as “a captivating invitation to imagine a sustainable world”, the museum features moving solar panels designed to maximise the sun’s rays and a natural air conditioning system that requires

The Vancouver Convention Centre is home to the largest garden roof in all of Canada where more than 4,000 different types of plant life thrive among its visitors.

Its waterfront backdrop is an apt reminder that the centre saves the equivalent of 300,000 toilet flushes of water each year due to its dedicated efficiency system. The roof is also home to approximately 240,000 bees that are kept in check by a wholesome team of beekeepers.

Torre Reforma is potentially the greenest building in Latin America - the project, making use of old-school concrete embellishments, saves 30 per cent of its annual water consumption through reusable technologies and over 80 per cent of its materials were sourced from the local region.

The world’s second-tallest skyscraper boasts 43 different sustainable technologies, including renewable energy sources, landscaping for cooling the building, and a spiralling parapet which collects rainwater that is recycled into an air conditioning system.

It is by far the most expensive skyscraper on this list given that it cost a reported €2 billion euros to build over a course of eight years.

More a forest than a building, this residential set of towers is home to over twenty thousand square feet of exterior trees and shrubs. The vegetation brings a number of benefits, offsetting pollution through oxygen production, insulating the buildings to save energy and creating a biodiverse paradise in the middle of a major city.