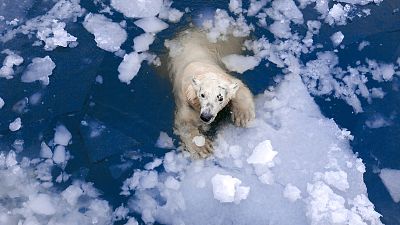 Trump’s proposal for an offshore drilling project in the Arctic has been rejected by a US federal court.

The controversial Liberty project was approved in 2018 and has since faced opposition from environmentalists who claim that the artificial drilling and underwater pipeline would risk oil spills in the area.

They also warned of a threat to polar bears and local Arctic communities calling it a “disaster waiting to happen.”

In the court ruling, officials stated that the Trump administration had failed to properly consider the climate impacts of the project, in line with the National Environmental Policy Act.

In a win for the wildlife at risk, it also determined that the U.S. Fish and Wildlife Service failed to sufficiently analyse the impact on polar bears, in violation of the Endangered Species Act.

This included the importance of preserving critical polar bear habitat and the harm that could come to them as a result of noise disturbance.

“This is a huge victory for polar bears and our climate,” says Kristen Monsell, oceans legal director at the non-profit Center for Biological Diversity.

“This project was a disaster waiting to happen that should never have been approved. I’m thrilled the court saw through the Trump administration’s attempt to push this project through without carefully studying its risks.”

The lawsuit was brought forward by a coalition of the Center for Biological Diversity, Friends of the Earth, Greenpeace, Defenders of Wildlife and Pacific Environment, all of whom are represented by nonprofit environmental law organisation, Earthjustice.

The Liberty project would have involved the construction and operation of a nine-acre artificial island and a 5.6-mile pipeline along the Alaska coast in the Beaufort Sea.

Marcie Keever, legal director at Friends of the Earth, also applauded the ruling, stating, "thankfully, the court put the health of our children and our planet over oil company profits."

It’s not the first time Donald Trump has made a contentious decision concerning the climate crisis. In 2017, he announced that the US would cease all participation in the Paris Climate Agreement and start negotiations to re-enter with terms that are “fair to the United States.”

Throughout his presidential campaign President-elect Joe Biden has pledged to rejoin the agreement during his first days in office.

“Climate action must happen now and the Biden administration needs to keep its promise to halt any new oil and gas leasing on federal lands and waters,” concluded Tim Donaghy, senior research specialist at Greenpeace.