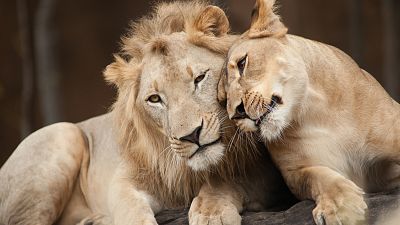 Barcelona Zoo has announced that four lions have tested positive for COVID-19. Among them, three females and one male.

The animals were reportedly tested in November after showing mild symptoms similar to flu. Two zookeepers also tested positive for the virus, but Spanish veterinary authorities are looking further into how the lions became infected.

The three 16-year-old females are called Zala, Nima and Run Run, and the younger male, Kiumbe, is only four years old. So far, they are doing much better after receiving care and anti-inflammatory treatment.

The only other zoo where big cats are known to have contracted COVID-19 is the Bronx Zoo in New York, where four tigers and three lions became ill in April. Barcelona zoo officials are working closely with international experts in Europe and the Bronx Zoo to make sure the rest of the animals are safe and this doesn’t happen again in future.

“The lions were given veterinary care for their mild clinical condition - similar to a very mild flu condition - through anti-inflammatory treatment and close monitoring, and the animals responded well,” said the Barcelona Zoo in a statement.

Fortunately, the lions have had no contact with other animals at the enclosure, which is open to the public.

The powerful and majestic creatures are currently listed as "Vulnerable" on the International Union for the Conservation of Nature (IUCN) Red List of Threatened Species. In West Africa, the species is now classified as "Critically Endangered”.

More specifically, African lion numbers have plummeted by over 40 per cent over the last three generations, due to a lack of living space and conflict with people, say WWF.

With only around 20,000 left in the wild, it is imperative that we save the big cats from becoming extinct.

Lions are top predators in their environments, from grasslands and open woodland to desert landscapes. This makes them crucial to maintaining a healthy balance of numbers among other animals, such as herbivores like zebra and wildebeest.

According to the WWF, by protecting a lion’s landscape, we are helping the whole area to thrive, which benefits the people who rely on local natural resources too.