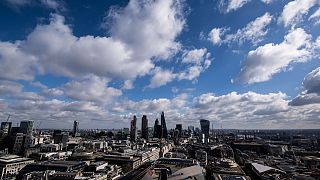 Over three million working days are lost each year to air pollution in the UK, according to a new study.

New research from the Confederation of British Industry (CBI) and the Clean Air Fund released today shows that €1.78 billion could be potentially added back into the economy, if the UK reaches the air quality targets set by the World Health Organisation (WHO). Every year, three million sick days are taken due to poor air quality, as workers become unwell themselves or have to stop work to care for ill children.

In Europe as a whole, one in eight deaths are linked to environmental pollution.

Conditions caused by air pollution include chronic obstructive pulmonary disease (COPD), the second most common lung disease after asthma, which frequently causes people to miss work from ill-health. If the UK could reduce pollution in line with WHO guidelines, it's estimated that 17,000 premature deaths would be prevented each year.

The report, entitled 'Breathing Life into the UK Economy', claims to be the first time a major business group has spoken out about air pollution and its impact on the economy.

"Not only is there a clear moral responsibility to address air pollution and the impact it has on human health and the environment," explains Rain Newton-Smith, CBI's chief economist, "there's also a striking economic rationale.

“From mass energy efficiency programmes to building new sustainable transport infrastructure, the green economy offers incredible opportunities for the UK. Improving air quality should be a key part of the UK’s journey to net zero."

He continues, "With air pollution hitting the balance sheets of businesses across the country, and cutting the earnings of their employees, cleaning up our air would help us to lead healthier and more productive lives, while delivering a green jobs boost for the economy.”

The Clean Air Fund wants to see the UK government include a legally binding commitment to reaching the WHO air pollution standards by 2030 in the Environment Bill, which is set to be debated this autumn. At the moment the bill doesn't have specific targets for particulate pollution (a microscopic and dangerous form of pollution), while other forms of pollution like Nitrogen Dioxide are not mentioned at all.

The findings also state that, alongside the €1.78bn annual benefit to the British economy, additional health and social care savings would come from improved air quality.

“We know clean air makes us healthier, but our research shows it can make us all wealthier too," says Jane Burston, the executive director of the Clean Air Fund. "If businesses and government work together to ensure clean air for all, we can protect our health and re-energise the economy at this critical time."

According to the research, the main UK city to see economic benefits is London where an estimated €535 million would be saved each year. The Mayor of London, Sadiq Khan, says the study shows we have a "once-in-a-generation opportunity" to create "greener, fairer, and more sustainable" cities.

“I am doing everything in my power to stop Londoners breathing air so filthy that it damages children’s lungs and causes thousands of premature deaths," says Khan.

“We know there is still more to do. Pollution isn’t just a central London problem, which is why I have consistently demanded that the government match my ambition and improve the Environment Bill to include legally binding WHO-recommended limits, to be achieved by 2030, and to give cities the powers they need to eradicate air pollution," he adds.

Some authorities in the UK have introduced Clean Air Zones with the aim of improving air quality in a specific region. These zones were due to be launched in Bath, Bristol, Birmingham, and Leeds in 2020 - but have all been delayed until at least next year, while Manchester's plans have been postponed until 2022.