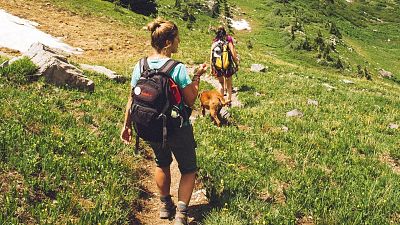 To judge people’s ability to assess environmental change, researchers used an online questionnaire to measure people’s perception of bird populations in the UK over the last decade. Participants were asked how common they thought several species of bird were now compared to when they were 18.

Older people were more likely to accurately judge how much populations had changed within their lifetime and to know which species were in urgent need of conservation action.

“We found that younger, less experienced people were less aware of historical species abundance than older participants, and were less likely to see the need for conservation interventions for nationally declining species,” lead author of the study Lizzie Jones tells Euronews Living.

If the focus is only on recent change, historic perspectives could be lost which would make environmental changes look smaller than they actually are.

What is ‘Shifting Baseline Syndrome’?

The scientists at Royal Holloway, University of London and the Zoological Society of London say that this is due to a phenomenon called “Shifting Baseline Syndrome”(SBS). As environments degrade, so each generation has a different perception of what normal conditions are.

"Many studies, including our recent paper, have highlighted the potential impacts of SBS, as people may not see the need to conserve current conditions and ecological decline might quietly pass us by without us ever reaching a ‘crisis point'," says Jones.

If you rarely saw birds in your back garden while growing up, for example, their complete disappearance is more likely to go unnoticed than it would for someone who saw flocks of them every day.

It could mean that biodiversity changes and degradation of the climate happen without us realising the true extent of the damage. Without input from older generations, this change in what is considered normal can happen over and over again.

"In the context of ecological declines this can lead us to under-estimate of the true magnitude of long-term environmental degradation, or conversely for restoration we might not realise the great steps being taken," Jones adds.

Jones believes that young people can combat the effects of SBS by getting outside and experiencing nature.  Citizen science and conservation volunteering can also help to monitor change effectively but listening to older generations is important too.

“As older people hold such a wealth of information about long-term change, communication between generations may help break the cycle of ‘normalisation’,” she says.

“Recent activism by young people around the world shows that young people are increasingly willing to hear about the past and are keen to make a difference in conservation.”