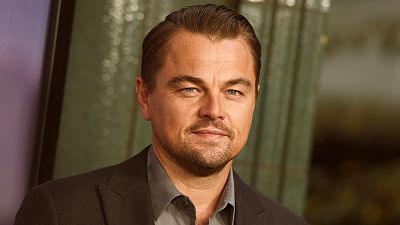 American actor turned environmentalist Leonardo DiCaprio has pledged his support for a gorilla conservation park in the Democratic Republic of Congo.

Virunga National Park needs $2 million (€1.8 million) in funding to stay afloat after suffering an attack in April of this year. A suspected Rwandan militia group allegedly killed 12 park rangers in the ambush. Ever since, the lack of security patrols has put the endangered mountain gorilla population at even greater risk.

In light of the covid-19 pandemic, gorillas are facing further challenges. Scientists worry that the health crisis poses an “existential threat” towards the survival of the species.

"Virunga urgently needs funds to protect the endangered mountain gorilla population, to provide support to the rangers and the families of rangers who have fallen in the line of duty, and to help deliver essential disease prevention efforts," the actor told BBC News.

"I had the great honour of meeting and supporting Virunga's courageous team in their fight against illegal oil drilling in 2013," he said.

DiCaprio has announced that he is donating towards the Virunga Fund via his organisation Earth Alliance. In a recent Instagram post, he wrote, “The future of Virunga hangs in the balance as it deals with the impacts of Ebola and COVID-19, and now this recent attack.”

Other contributors to the fund include the Emerson Collective, Global Wildlife Conservation and the European Commission.

Why save Virunga National Park?

Virunga National Park is the oldest nature reserve in Africa and a UNESCO World Heritage site. It is one of the most biologically diverse areas in the world and home to the endangered mountain gorilla. In total, the park provides a habitat for several hundred species of birds, reptiles and mammals.

Two active volcanoes located in the park, Mount Nyiragongo and Nyamuragira, have helped shape its unique ecosystem. Over 3,000 species of flora and fauna have been recorded so far, including animals like the blue-headed tree agama, the African elephant and the golden monkey, which is listed as endangered on the IUCN Red List.

There are fewer than 1,200 mountain gorillas left in the world

The Gorilla Organization is a UK-based charity working to protect our closest living relatives. Today, there are fewer than 1,200 mountain gorillas left in the world, so the charity encourages the public to adopt a gorilla for £3 a month to help save them from the threat of extinction.

They are building a ‘Gorilla safe zone’ in the DR of Congo basin rainforest by planting millions of trees. This is to help local communities and stop them entering the national parks where the last wild gorillas can survive.